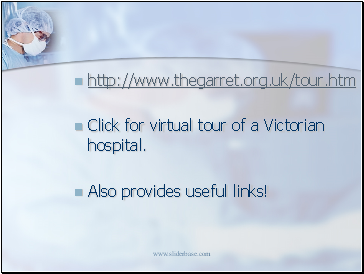 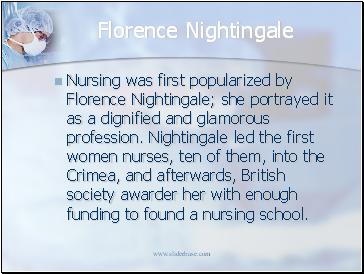 Nursing was first popularized by Florence Nightingale; she portrayed it as a dignified and glamorous profession. Nightingale led the first women nurses, ten of them, into the Crimea, and afterwards, British society awarder her with enough funding to found a nursing school. 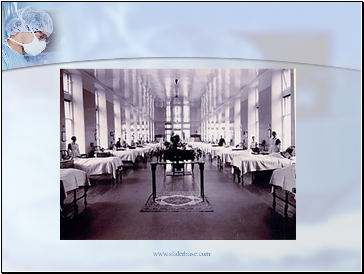 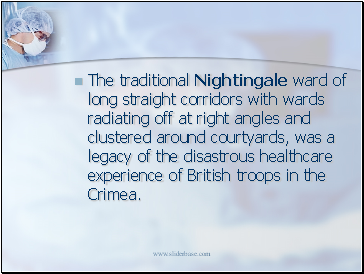 The traditional Nightingale ward of long straight corridors with wards radiating off at right angles and clustered around courtyards, was a legacy of the disastrous healthcare experience of British troops in the Crimea. 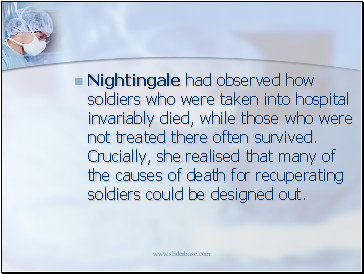 Nightingale had observed how soldiers who were taken into hospital invariably died, while those who were not treated there often survived. Crucially, she realised that many of the causes of death for recuperating soldiers could be designed out. 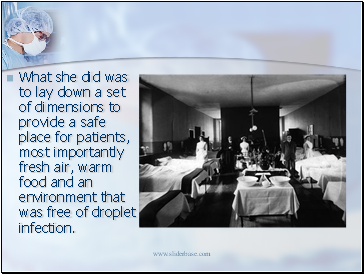 What she did was to lay down a set of dimensions to provide a safe place for patients, most importantly fresh air, warm food and an environment that was free of droplet infection. 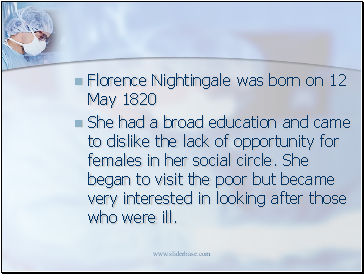 Florence Nightingale was born on 12 May 1820

She had a broad education and came to dislike the lack of opportunity for females in her social circle. She began to visit the poor but became very interested in looking after those who were ill. 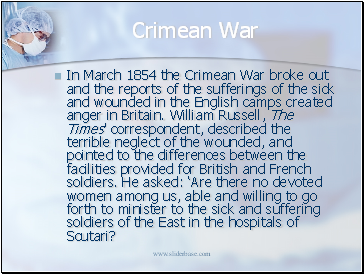 In March 1854 the Crimean War broke out and the reports of the sufferings of the sick and wounded in the English camps created anger in Britain. William Russell, The Times' correspondent, described the terrible neglect of the wounded, and pointed to the differences between the facilities provided for British and French soldiers. He asked: ‘Are there no devoted women among us, able and willing to go forth to minister to the sick and suffering soldiers of the East in the hospitals of Scutari? 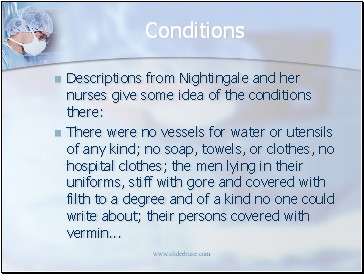 Descriptions from Nightingale and her nurses give some idea of the conditions there:

There were no vessels for water or utensils of any kind; no soap, towels, or clothes, no hospital clothes; the men lying in their uniforms, stiff with gore and covered with filth to a degree and of a kind no one could write about; their persons covered with vermin .