stability is a function of having a full complement of valence electrons.

Atoms that do not have full electrons energy levels are unstable and must gain, lose or share electrons to become stable. 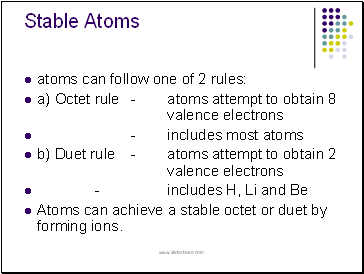 Atoms can achieve a stable octet or duet by forming ions. 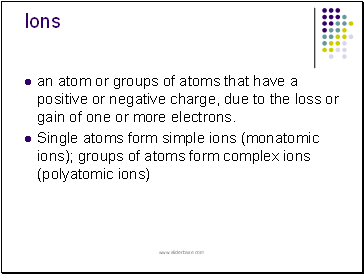 an atom or groups of atoms that have a positive or negative charge, due to the loss or gain of one or more electrons. 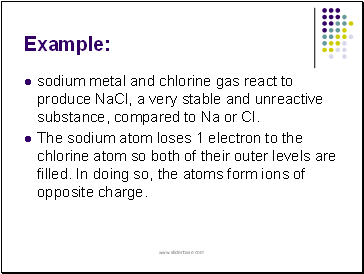 sodium metal and chlorine gas react to produce NaCl, a very stable and unreactive substance, compared to Na or Cl.

The sodium atom loses 1 electron to the chlorine atom so both of their outer levels are filled. In doing so, the atoms form ions of opposite charge. 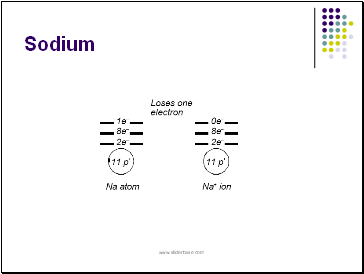 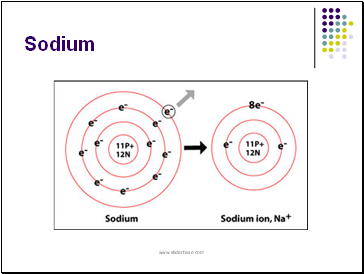 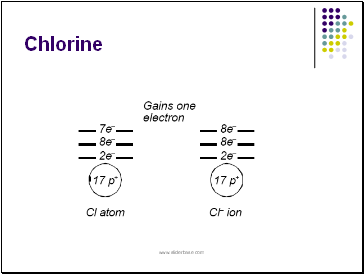 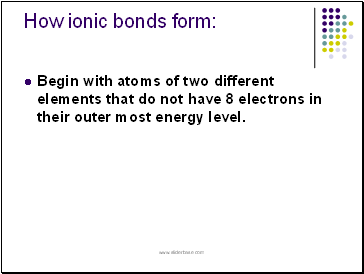 Begin with atoms of two different elements that do not have 8 electrons in their outer most energy level. 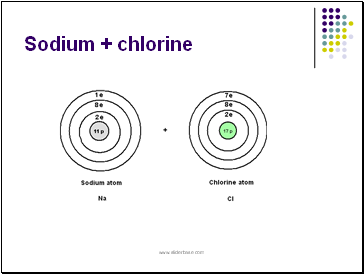 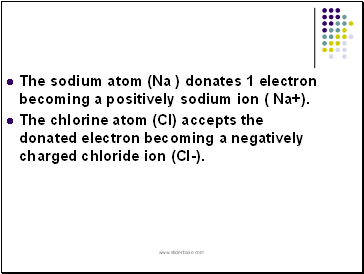 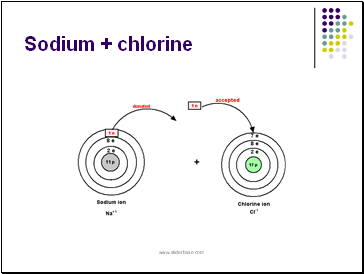