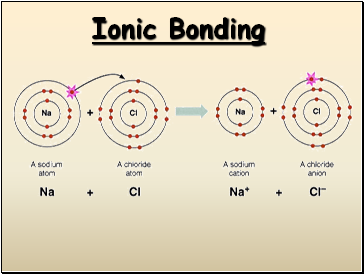 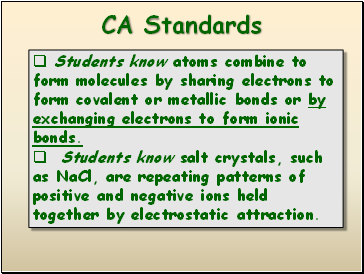 Students know salt crystals, such as NaCl, are repeating patterns of positive and negative ions held together by electrostatic attraction. 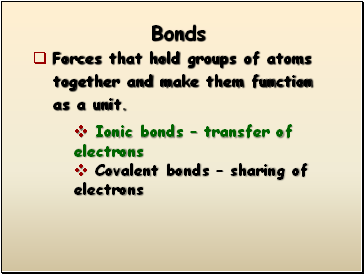 Forces that hold groups of atoms

together and make them function 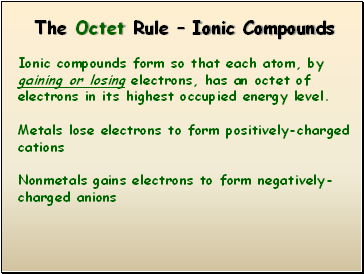 Ionic compounds form so that each atom, by gaining or losing electrons, has an octet of electrons in its highest occupied energy level. 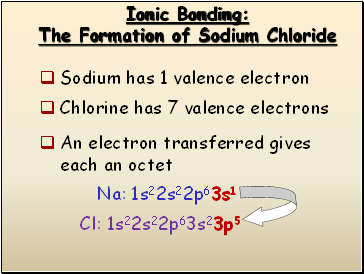 The Formation of Sodium Chloride 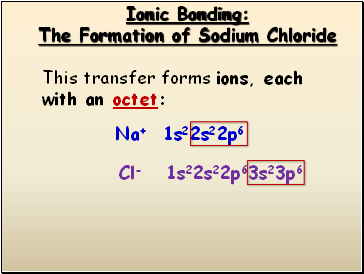 This transfer forms ions, each with an octet: 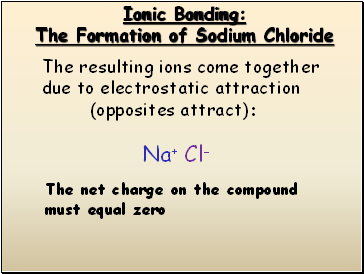 The resulting ions come together due to electrostatic attraction

The net charge on the compound must equal zero 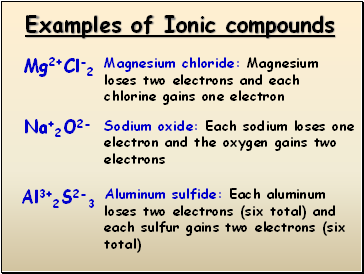 Sodium oxide: Each sodium loses one electron and the oxygen gains two electrons 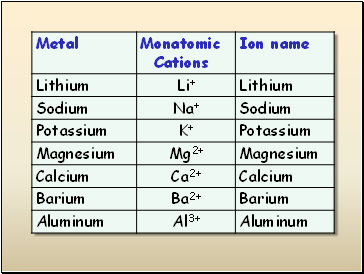 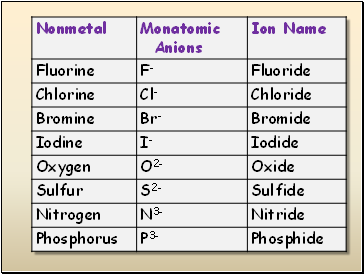 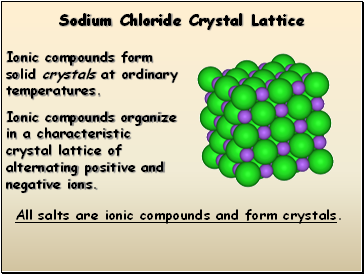