The Sioux used a lot of weapons to protect their tribe. They

rode on horses with spears, bows and arrows and double axes. Sometimes they made weapons out of animals bones. They also used these weapons to hunt for deer and buffalo. The Sioux Indians also hunted for foxes and coyotes.

By: Francisco and Denilson 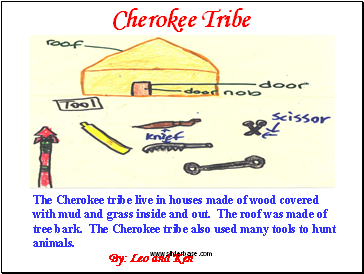 By: Leo and Ken 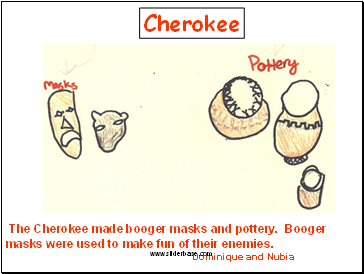 The Cherokee made booger masks and pottery. Booger masks were used to make fun of their enemies. 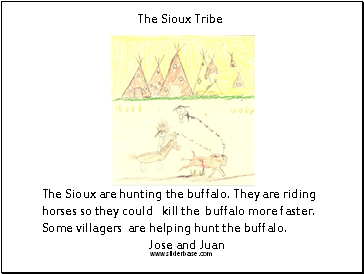 The Sioux are hunting the buffalo. They are riding horses so they could kill the buffalo more faster. Some villagers are helping hunt the buffalo. 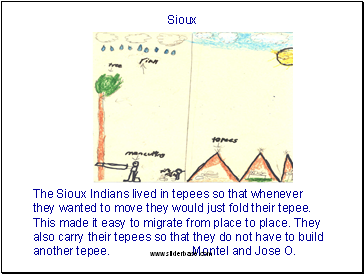 The Sioux Indians lived in tepees so that whenever they wanted to move they would just fold their tepee. This made it easy to migrate from place to place. They also carry their tepees so that they do not have to build another tepee. Montel and Jose O. 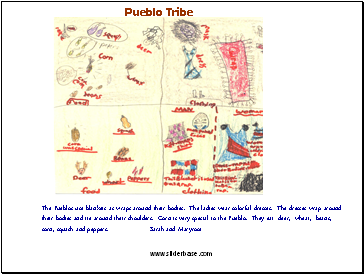 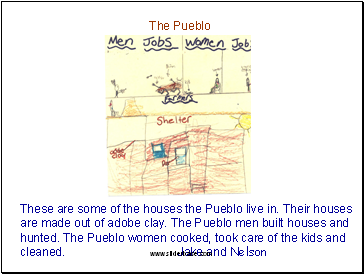 These are some of the houses the Pueblo live in. Their houses are made out of adobe clay. The Pueblo men built houses and hunted. The Pueblo women cooked, took care of the kids and cleaned. Jake and Nelson 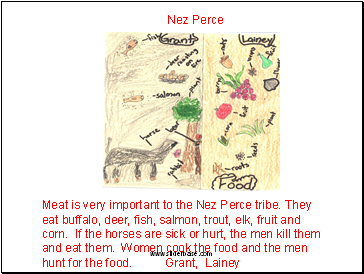 Meat is very important to the Nez Perce tribe. They eat buffalo, deer, fish, salmon, trout, elk, fruit and corn. If the horses are sick or hurt, the men kill them and eat them. Women cook the food and the men hunt for the food. Grant, Lainey 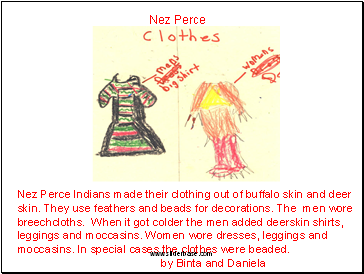