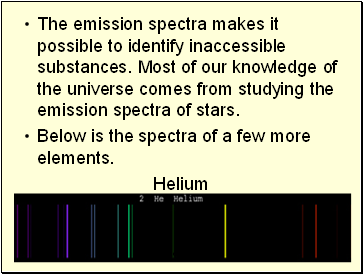 Below is the spectra of a few more elements. 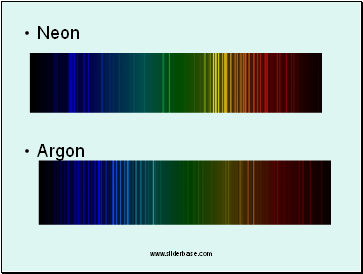 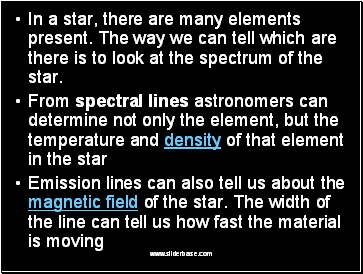 In a star, there are many elements present. The way we can tell which are there is to look at the spectrum of the star.

From spectral lines astronomers can determine not only the element, but the temperature and density of that element in the star

Emission lines can also tell us about the magnetic field of the star. The width of the line can tell us how fast the material is moving 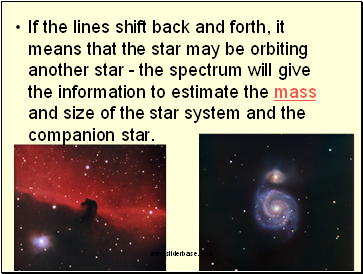 If the lines shift back and forth, it means that the star may be orbiting another star - the spectrum will give the information to estimate the mass and size of the star system and the companion star. 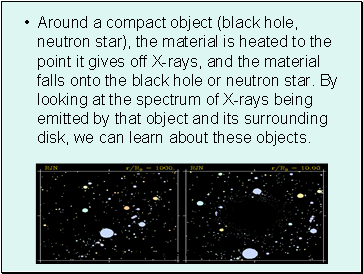 Around a compact object (black hole, neutron star), the material is heated to the point it gives off X-rays, and the material falls onto the black hole or neutron star. By looking at the spectrum of X-rays being emitted by that object and its surrounding disk, we can learn about these objects. 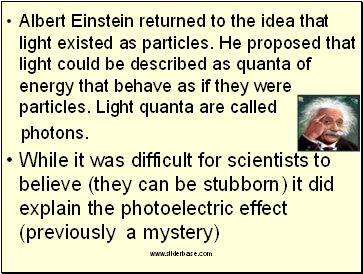 Albert Einstein returned to the idea that light existed as particles. He proposed that light could be described as quanta of energy that behave as if they were particles. Light quanta are called 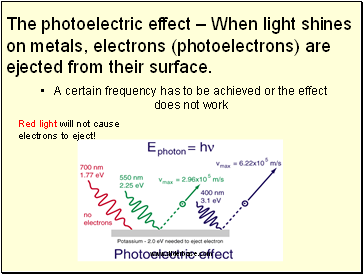 The photoelectric effect – When light shines on metals, electrons (photoelectrons) are ejected from their surface.

Red light will not cause electrons to eject! 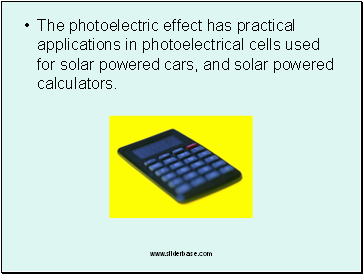