Who on Earth will be able to see a lunar eclipse? 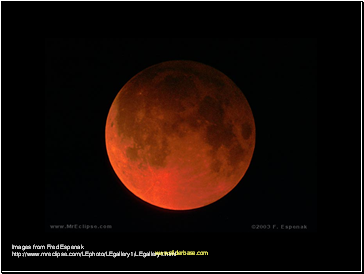 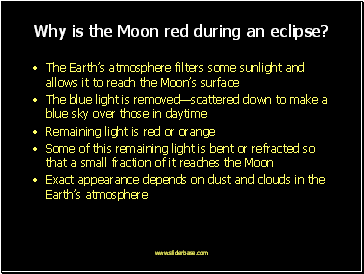 Why is the Moon red during an eclipse?

Remaining light is red or orange 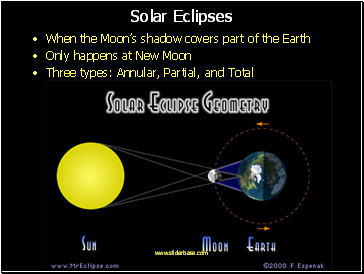 When the Moon’s shadow covers part of the Earth

Only happens at New Moon 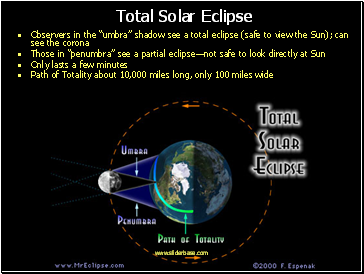 Observers in the “umbra” shadow see a total eclipse (safe to view the Sun); can see the corona

Only lasts a few minutes 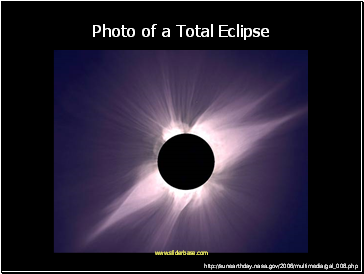 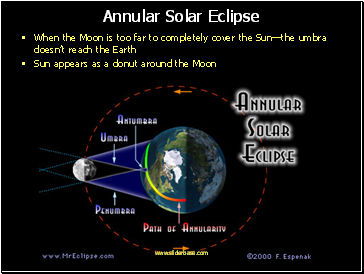 Sun appears as a donut around the Moon 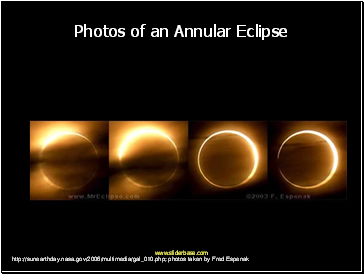 Photos of an Annular Eclipse 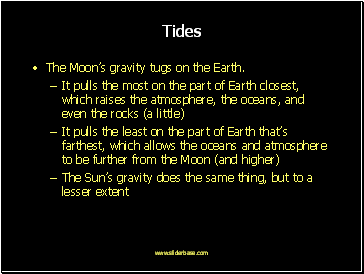 The Moon’s gravity tugs on the Earth.

It pulls the most on the part of Earth closest, which raises the atmosphere, the oceans, and even the rocks (a little)

It pulls the least on the part of Earth that’s farthest, which allows the oceans and atmosphere to be further from the Moon (and higher)

The Sun’s gravity does the same thing, but to a lesser extent 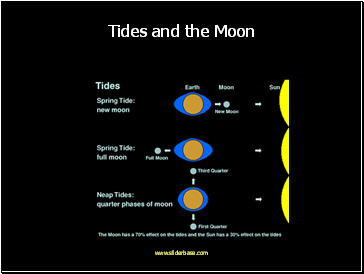 Tides and the Moon