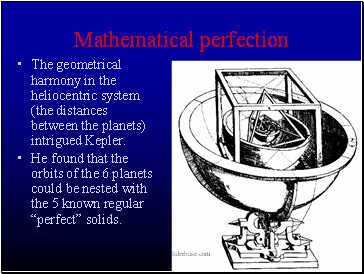 The geometrical harmony in the heliocentric system (the distances between the planets) intrigued Kepler.

He found that the orbits of the 6 planets could be nested with the 5 known regular “perfect” solids. 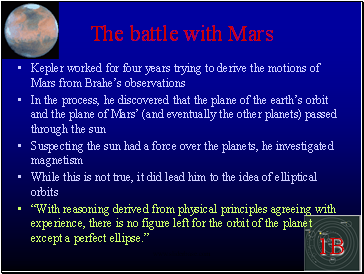 The battle with Mars

In the process, he discovered that the plane of the earth’s orbit and the plane of Mars’ (and eventually the other planets) passed through the sun

Suspecting the sun had a force over the planets, he investigated magnetism

While this is not true, it did lead him to the idea of elliptical orbits

“With reasoning derived from physical principles agreeing with experience, there is no figure left for the orbit of the planet except a perfect ellipse.” 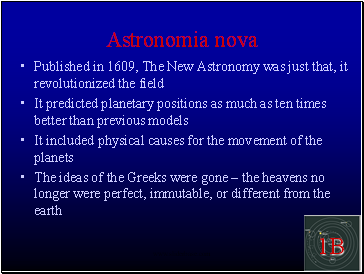 Published in 1609, The New Astronomy was just that, it revolutionized the field

It included physical causes for the movement of the planets

The ideas of the Greeks were gone – the heavens no longer were perfect, immutable, or different from the earth 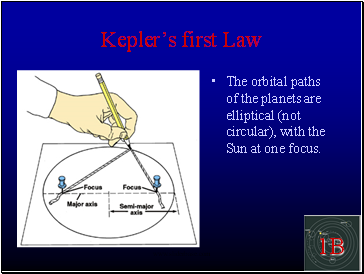 The orbital paths of the planets are elliptical (not circular), with the Sun at one focus. 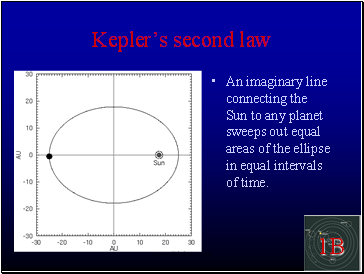 An imaginary line connecting the Sun to any planet sweeps out equal areas of the ellipse in equal intervals of time. 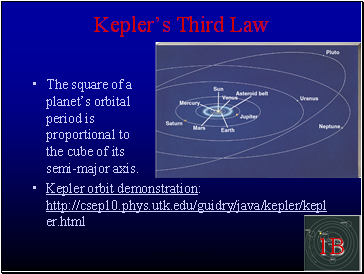 The square of a planet’s orbital period is proportional to the cube of its semi-major axis. 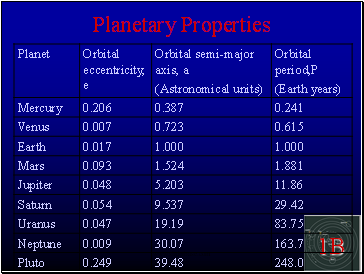 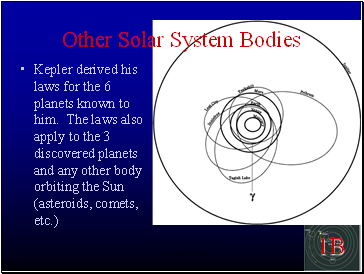 Kepler derived his laws for the 6 planets known to him. The laws also apply to the 3 discovered planets and any other body orbiting the Sun (asteroids, comets, etc.) 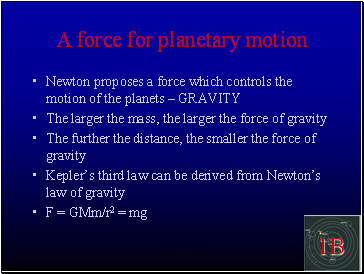 A force for planetary motion

The further the distance, the smaller the force of gravity