A Sound of Thunder
Page
2 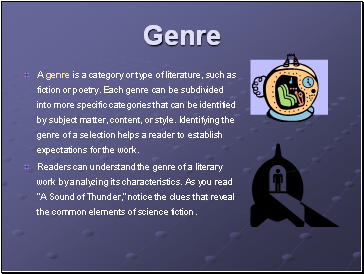 A genre is a category or type of literature, such as fiction or poetry. Each genre can be subdivided into more specific categories that can be identified by subject matter, content, or style. Identifying the genre of a selection helps a reader to establish expectations for the work.

Readers can understand the genre of a literary work by analyzing its characteristics. As you read “A Sound of Thunder,” notice the clues that reveal the common elements of science fiction. 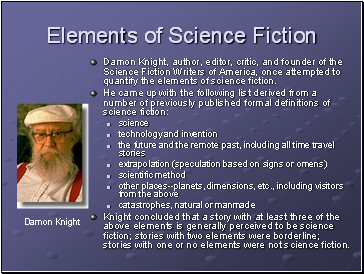 Damon Knight, author, editor, critic, and founder of the Science Fiction Writers of America, once attempted to quantify the elements of science fiction.

He came up with the following list derived from a number of previously published formal definitions of science fiction:

the future and the remote past, including all time travel stories

extrapolation (speculation based on signs or omens)

other places--planets, dimensions, etc., including visitors from the above 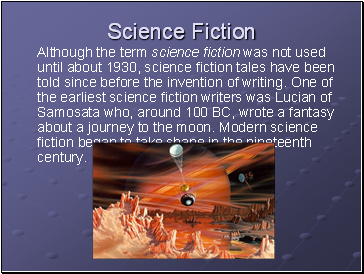 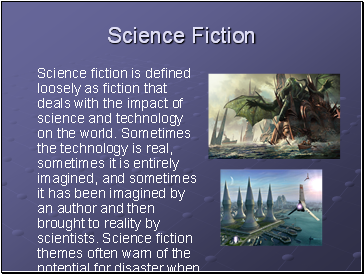 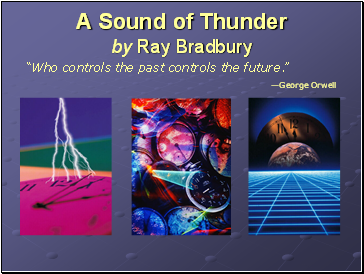 A Sound of Thunder by Ray Bradbury 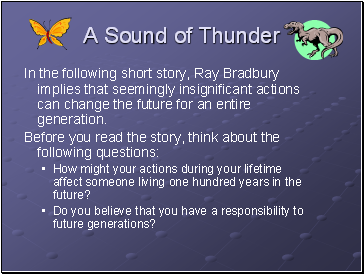 In the following short story, Ray Bradbury implies that seemingly insignificant actions can change the future for an entire generation.