The Masque of the Red Death
Page
2

Presentations / English Literature / The Masque of the Red Death

The Cask of Amontillado

The Pit and The Pendulum 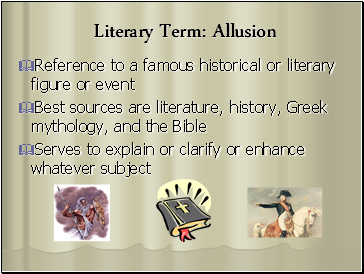 Reference to a famous historical or literary figure or event

Best sources are literature, history, Greek mythology, and the Bible

Serves to explain or clarify or enhance whatever subject 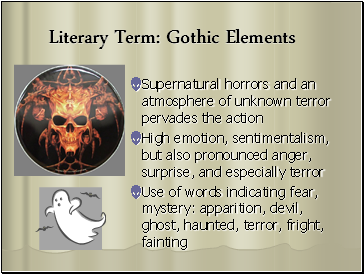 Supernatural horrors and an atmosphere of unknown terror pervades the action 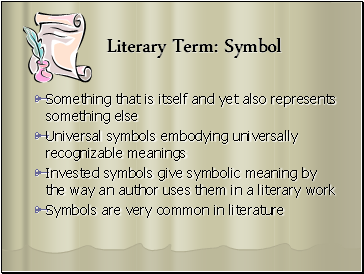 Something that is itself and yet also represents something else

Symbols are very common in literature 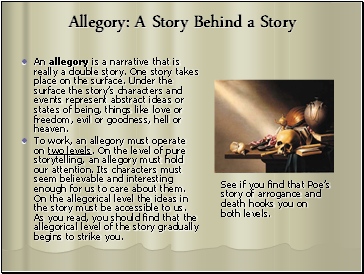 Allegory: A Story Behind a Story

An allegory is a narrative that is really a double story. One story takes place on the surface. Under the surface the story’s characters and events represent abstract ideas or states of being, things like love or freedom, evil or goodness, hell or heaven.

To work, an allegory must operate on two levels. On the level of pure storytelling, an allegory must hold our attention. Its characters must seem believable and interesting enough for us to care about them. On the allegorical level the ideas in the story must be accessible to us. As you read, you should find that the allegorical level of the story gradually begins to strike you.

See if you find that Poe’s story of arrogance and death hooks you on both levels. 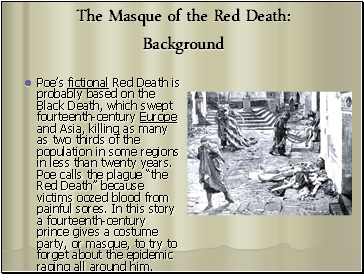 The Masque of the Red Death: Background

Poe’s fictional Red Death is probably based on the Black Death, which swept fourteenth-century Europe and Asia, killing as many as two thirds of the population in some regions in less than twenty years. Poe calls the plague “the Red Death” because victims oozed blood from painful sores. In this story a fourteenth-century prince gives a costume party, or masque, to try to forget about the epidemic raging all around him. 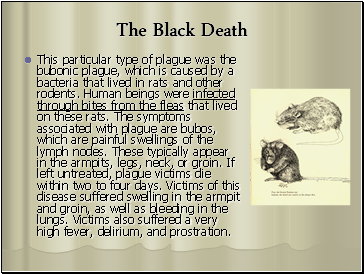 This particular type of plague was the bubonic plague, which is caused by a bacteria that lived in rats and other rodents. Human beings were infected through bites from the fleas that lived on these rats. The symptoms associated with plague are bubos, which are painful swellings of the lymph nodes. These typically appear in the armpits, legs, neck, or groin. If left untreated, plague victims die within two to four days. Victims of this disease suffered swelling in the armpit and groin, as well as bleeding in the lungs. Victims also suffered a very high fever, delirium, and prostration.