Salt marsh replanted after a break in an oil pipeline 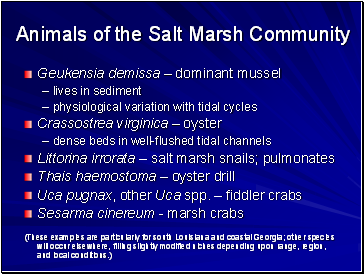 Animals of the Salt Marsh Community

(These examples are particularly for south Louisiana and coastal Georgia; other species will occur elsewhere, filling slightly modified niches depending upon range, region, and local conditions.) 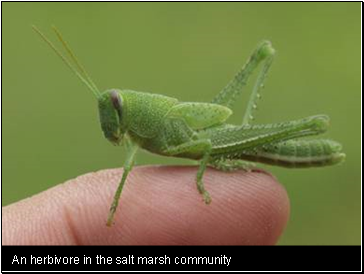 An herbivore in the salt marsh community 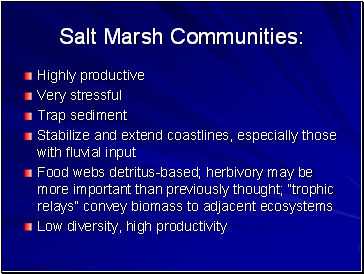 Stabilize and extend coastlines, especially those with fluvial input 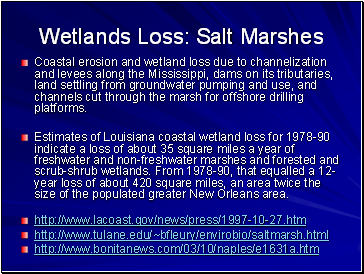 Coastal erosion and wetland loss due to channelization and levees along the Mississippi, dams on its tributaries, land settling from groundwater pumping and use, and channels cut through the marsh for offshore drilling platforms.

Estimates of Louisiana coastal wetland loss for 1978-90 indicate a loss of about 35 square miles a year of freshwater and non-freshwater marshes and forested and scrub-shrub wetlands. From 1978-90, that equalled a 12-year loss of about 420 square miles, an area twice the size of the populated greater New Orleans area. 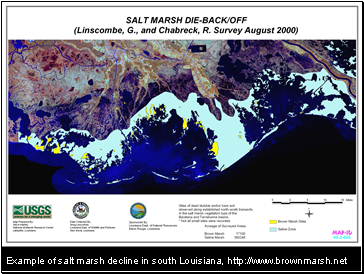 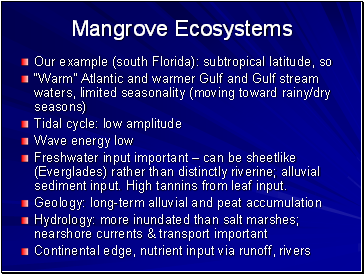