LHO was being escorted to another jail. 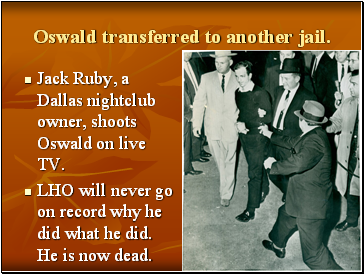 Oswald transferred to another jail.

LHO will never go on record why he did what he did. He is now dead. 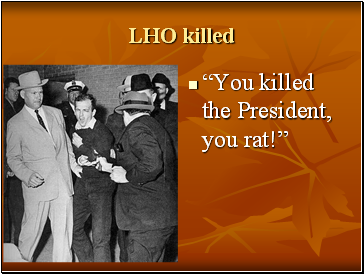 “You killed the President, you rat!” 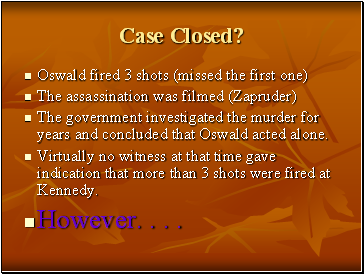 The assassination was filmed (Zapruder)

The government investigated the murder for years and concluded that Oswald acted alone.

Virtually no witness at that time gave indication that more than 3 shots were fired at Kennedy. 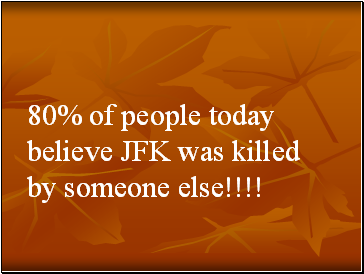 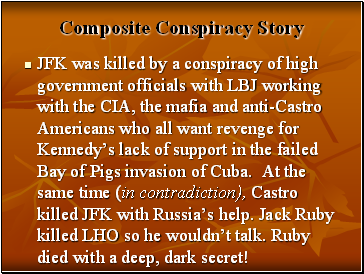 JFK was killed by a conspiracy of high government officials with LBJ working with the CIA, the mafia and anti-Castro Americans who all want revenge for Kennedy’s lack of support in the failed Bay of Pigs invasion of Cuba. At the same time (in contradiction), Castro killed JFK with Russia’s help. Jack Ruby killed LHO so he wouldn’t talk. Ruby died with a deep, dark secret! 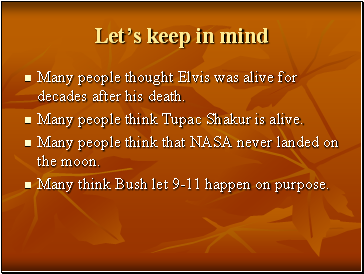 Many people thought Elvis was alive for decades after his death.

Many people think that NASA never landed on the moon. 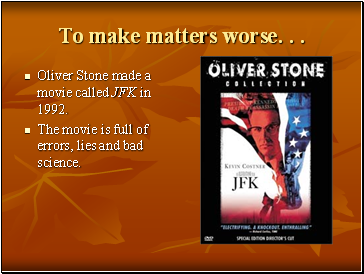 Oliver Stone made a movie called JFK in 1992.

The movie is full of errors, lies and bad science. 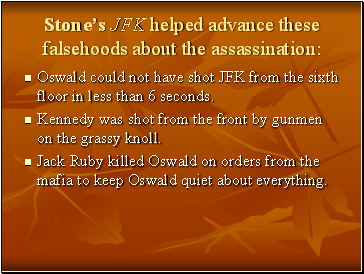 Stone’s JFK helped advance these falsehoods about the assassination:

Oswald could not have shot JFK from the sixth floor in less than 6 seconds.

Kennedy was shot from the front by gunmen on the grassy knoll.

Jack Ruby killed Oswald on orders from the mafia to keep Oswald quiet about everything. 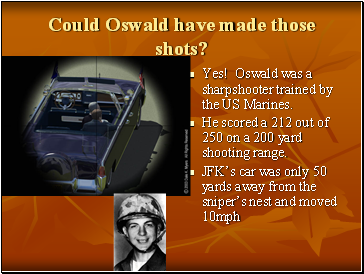 Could Oswald have made those shots?

Yes! Oswald was a sharpshooter trained by the US Marines. 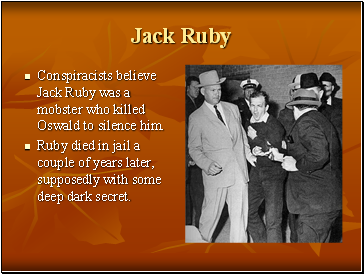