Conspiracists believe Jack Ruby was a mobster who killed Oswald to silence him.

Ruby died in jail a couple of years later, supposedly with some deep dark secret. 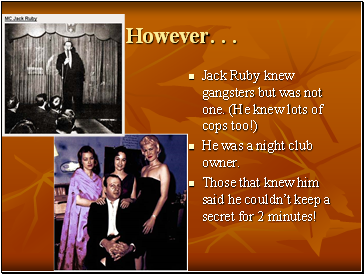 Jack Ruby knew gangsters but was not one. (He knew lots of cops too!)

He was a night club owner.

Those that knew him said he couldn’t keep a secret for 2 minutes! 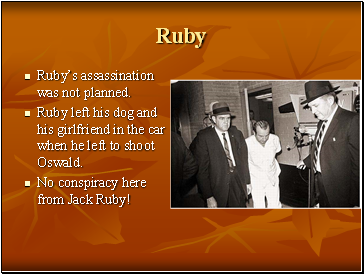 Ruby’s assassination was not planned.

Ruby left his dog and his girlfriend in the car when he left to shoot Oswald.

No conspiracy here from Jack Ruby! 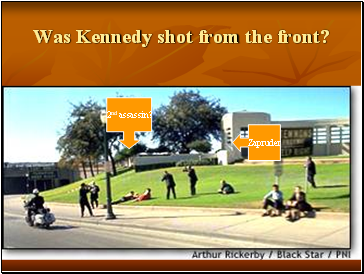 Was Kennedy shot from the front? 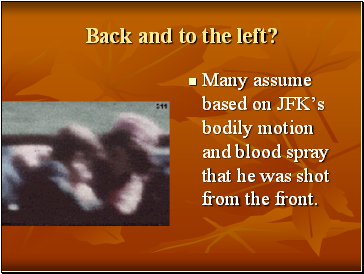 Back and to the left?

Many assume based on JFK’s bodily motion and blood spray that he was shot from the front. 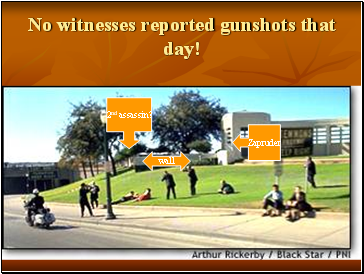 No witnesses reported gunshots that day! 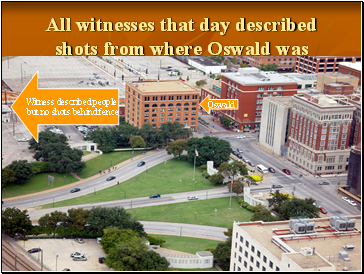 All witnesses that day described shots from where Oswald was

but no shots behind fence 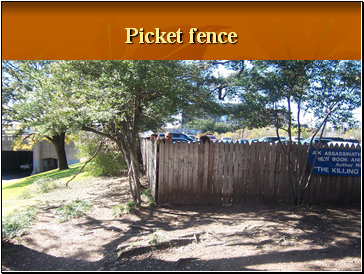 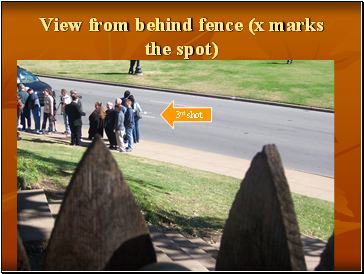 View from behind fence (x marks the spot) 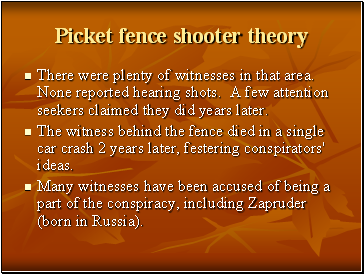 There were plenty of witnesses in that area. None reported hearing shots. A few attention seekers claimed they did years later.

The witness behind the fence died in a single car crash 2 years later, festering conspirators' ideas.

Many witnesses have been accused of being a part of the conspiracy, including Zapruder (born in Russia). 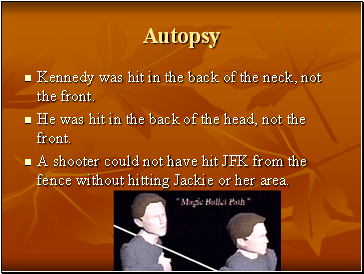 Kennedy was hit in the back of the neck, not the front.

He was hit in the back of the head, not the front.

A shooter could not have hit JFK from the fence without hitting Jackie or her area. 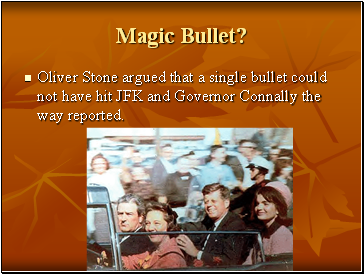 Oliver Stone argued that a single bullet could not have hit JFK and Governor Connally the way reported. 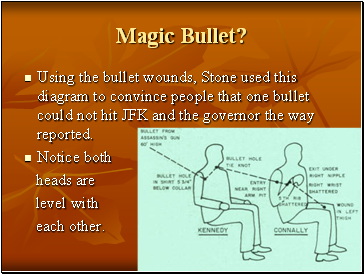