Using the bullet wounds, Stone used this diagram to convince people that one bullet could not hit JFK and the governor the way reported. 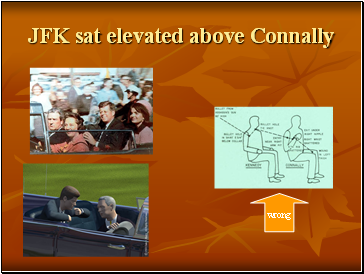 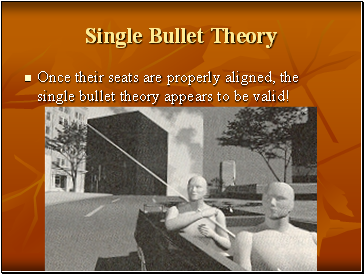 Once their seats are properly aligned, the single bullet theory appears to be valid! 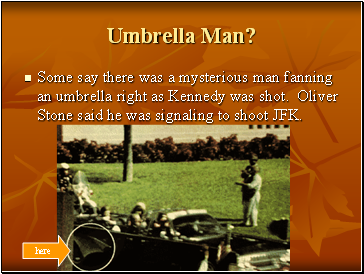 Some say there was a mysterious man fanning an umbrella right as Kennedy was shot. Oliver Stone said he was signaling to shoot JFK. 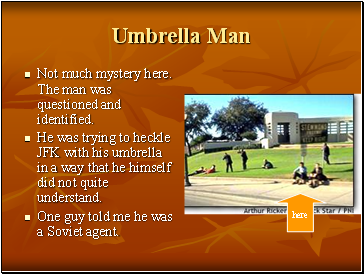 Not much mystery here. The man was questioned and identified.

He was trying to heckle JFK with his umbrella in a way that he himself did not quite understand.

One guy told me he was a Soviet agent. 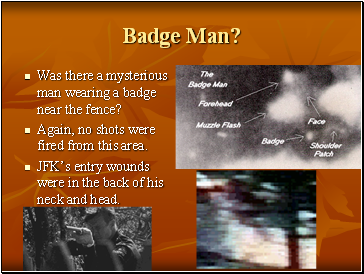 Was there a mysterious man wearing a badge near the fence?

Again, no shots were fired from this area.

JFK’s entry wounds were in the back of his neck and head. 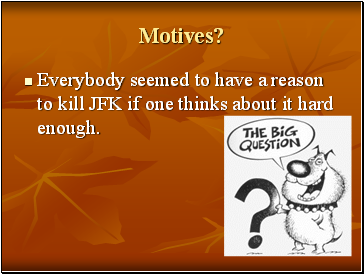 Everybody seemed to have a reason to kill JFK if one thinks about it hard enough. 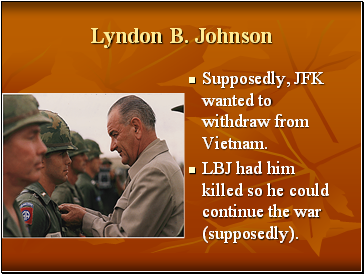 LBJ had him killed so he could continue the war (supposedly). 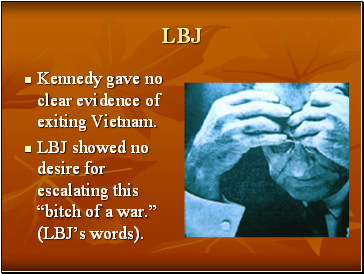 LBJ showed no desire for escalating this “bitch of a war.” (LBJ’s words). 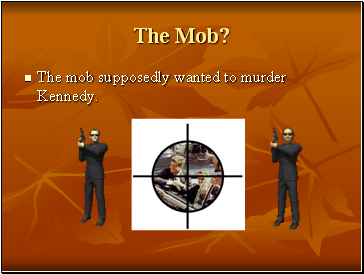 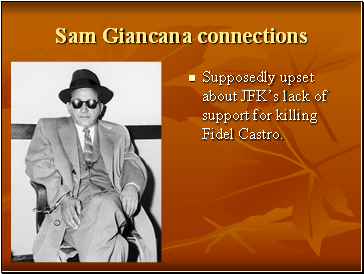 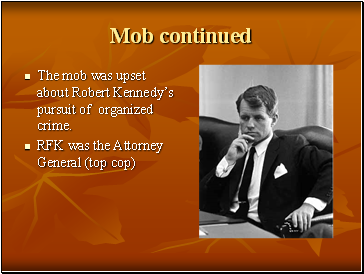 The mob was upset about Robert Kennedy’s pursuit of organized crime. 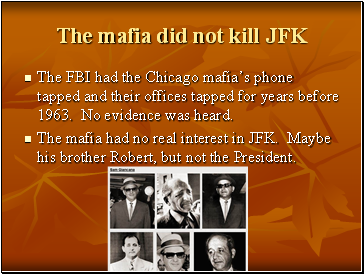 The mafia did not kill JFK

The FBI had the Chicago mafia’s phone tapped and their offices tapped for years before 1963. No evidence was heard.