The Persian Emperor Darius never returned, but his son Emperor Xerxes did

In 480 B.C. the Persians returned to Greece

They brought even more men this time around 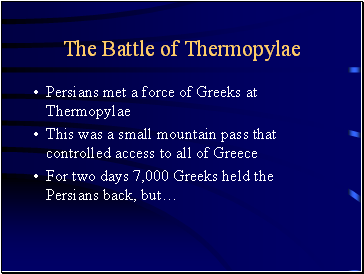 The Battle of Thermopylae

Persians met a force of Greeks at Thermopylae

For two days 7,000 Greeks held the Persians back, but… 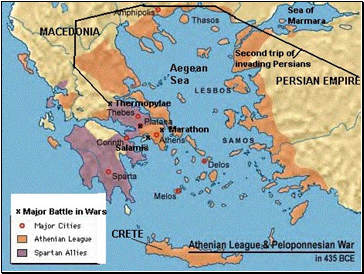 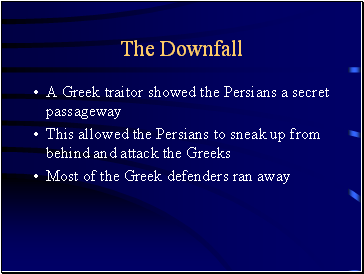 A Greek traitor showed the Persians a secret passageway

Most of the Greek defenders ran away 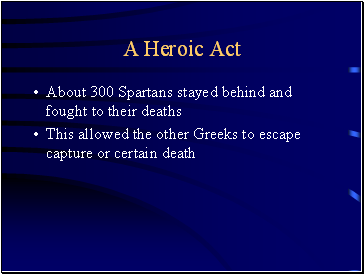 About 300 Spartans stayed behind and fought to their deaths

This allowed the other Greeks to escape capture or certain death 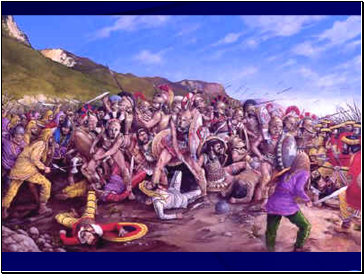 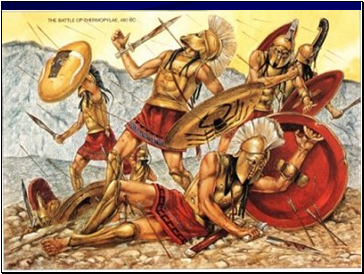 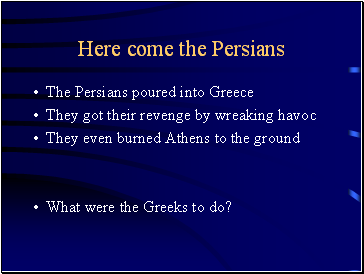 The Persians poured into Greece

They got their revenge by wreaking havoc

They even burned Athens to the ground

What were the Greeks to do? 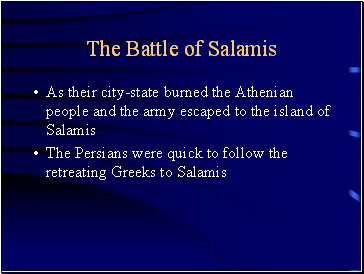 The Battle of Salamis

The Persians were quick to follow the retreating Greeks to Salamis 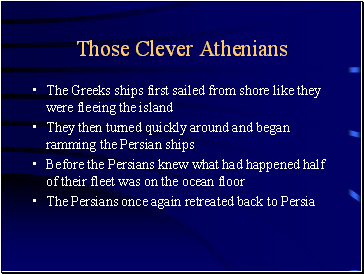 They then turned quickly around and began ramming the Persian ships

The Persians once again retreated back to Persia 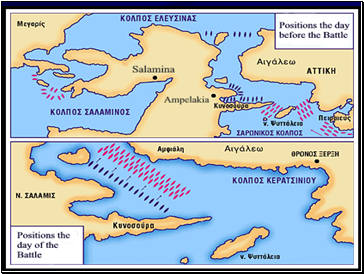 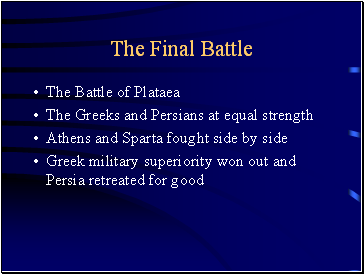 The Battle of Plataea

The Greeks and Persians at equal strength

Athens and Sparta fought side by side

Greek military superiority won out and Persia retreated for good 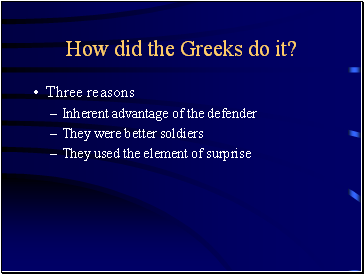 How did the Greeks do it?

Inherent advantage of the defender

They were better soldiers