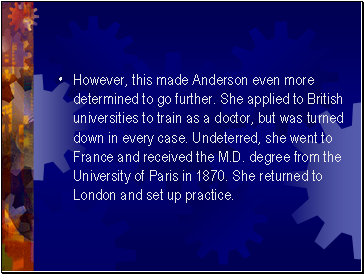 However, this made Anderson even more determined to go further. She applied to British universities to train as a doctor, but was turned down in every case. Undeterred, she went to France and received the M.D. degree from the University of Paris in 1870. She returned to London and set up practice. 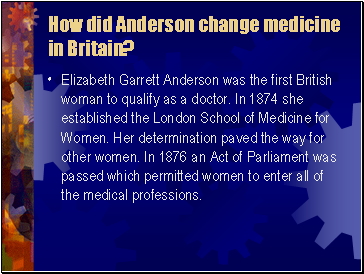 How did Anderson change medicine in Britain?

Elizabeth Garrett Anderson was the first British woman to qualify as a doctor. In 1874 she established the London School of Medicine for Women. Her determination paved the way for other women. In 1876 an Act of Parliament was passed which permitted women to enter all of the medical professions. 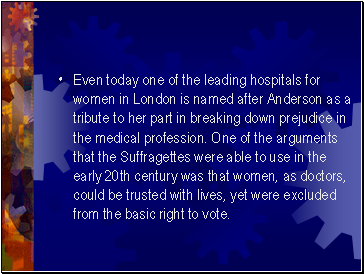 Even today one of the leading hospitals for women in London is named after Anderson as a tribute to her part in breaking down prejudice in the medical profession. One of the arguments that the Suffragettes were able to use in the early 20th century was that women, as doctors, could be trusted with lives, yet were excluded from the basic right to vote. 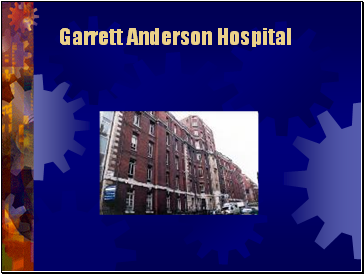 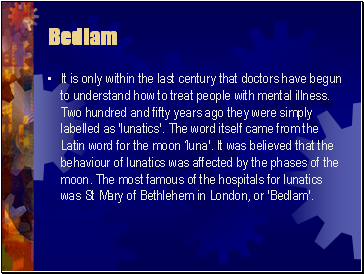 It is only within the last century that doctors have begun to understand how to treat people with mental illness. Two hundred and fifty years ago they were simply labelled as 'lunatics'. The word itself came from the Latin word for the moon ‘luna'. It was believed that the behaviour of lunatics was affected by the phases of the moon. The most famous of the hospitals for lunatics was St Mary of Bethlehem in London, or 'Bedlam'. 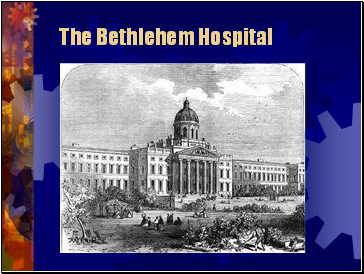 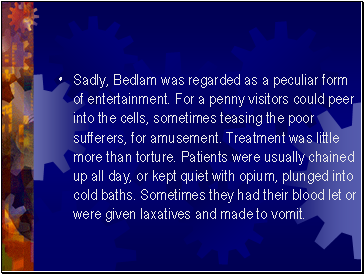 Sadly, Bedlam was regarded as a peculiar form of entertainment. For a penny visitors could peer into the cells, sometimes teasing the poor sufferers, for amusement. Treatment was little more than torture. Patients were usually chained up all day, or kept quiet with opium, plunged into cold baths. Sometimes they had their blood let or were given laxatives and made to vomit. 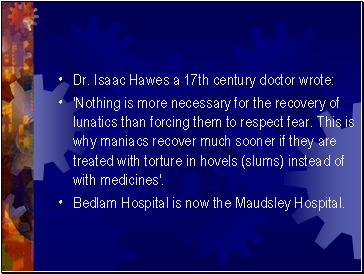 'Nothing is more necessary for the recovery of lunatics than forcing them to respect fear. This is why maniacs recover much sooner if they are treated with torture in hovels (slums) instead of with medicines'.