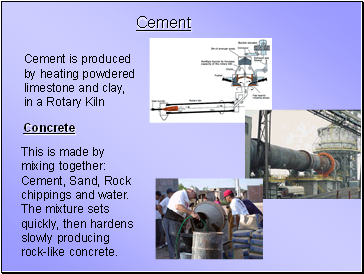 Cement is produced by heating powdered limestone and clay, in a Rotary Kiln

This is made by mixing together: Cement, Sand, Rock chippings and water. The mixture sets quickly, then hardens slowly producing rock-like concrete. 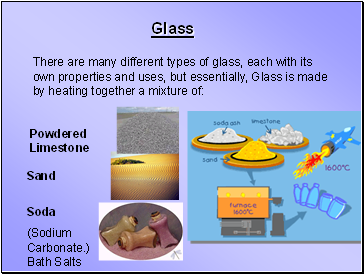 There are many different types of glass, each with its own properties and uses, but essentially, Glass is made by heating together a mixture of: 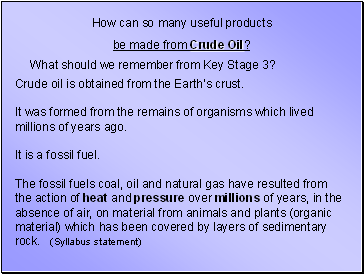 How can so many useful products

be made from Crude Oil?

What should we remember from Key Stage 3?

Crude oil is obtained from the Earth’s crust.

It was formed from the remains of organisms which lived millions of years ago.

It is a fossil fuel.

The fossil fuels coal, oil and natural gas have resulted from the action of heat and pressure over millions of years, in the absence of air, on material from animals and plants (organic material) which has been covered by layers of sedimentary rock. (Syllabus statement) 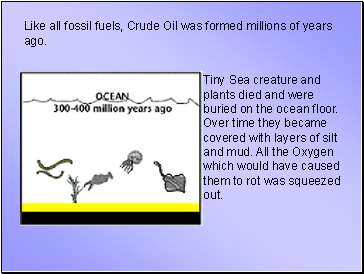 Like all fossil fuels, Crude Oil was formed millions of years ago.

Tiny Sea creature and plants died and were buried on the ocean floor. Over time they became covered with layers of silt and mud. All the Oxygen which would have caused them to rot was squeezed out. 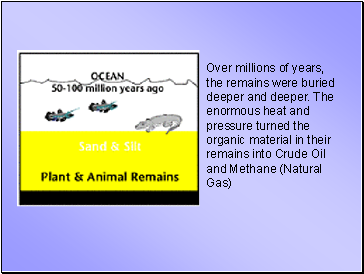 Over millions of years, the remains were buried deeper and deeper. The enormous heat and pressure turned the organic material in their remains into Crude Oil and Methane (Natural Gas) 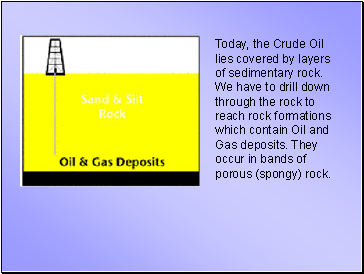 Today, the Crude Oil lies covered by layers of sedimentary rock. We have to drill down through the rock to reach rock formations which contain Oil and Gas deposits. They occur in bands of porous (spongy) rock. 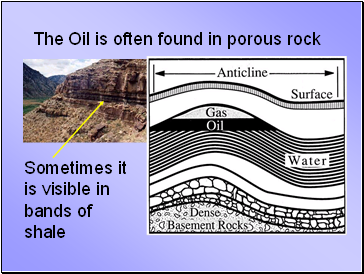 The Oil is often found in porous rock

Sometimes it is visible in bands of shale 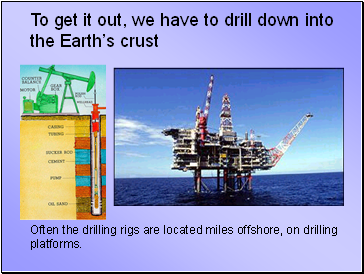 To get it out, we have to drill down into the Earth’s crust 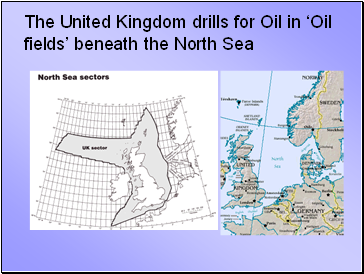 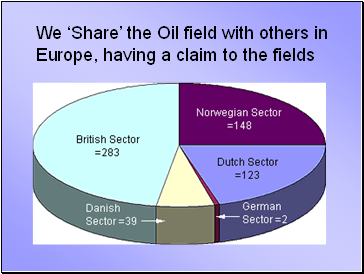