Forensic science is the use of scientific knowledge in legal situations.

The DNA profile of each individual is highly specific.

The chances of two people having exactly the same DNA profile is 30,000 million to 1 (except for identical twins). 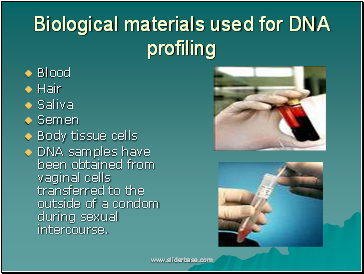 DNA samples have been obtained from vaginal cells transferred to the outside of a condom during sexual intercourse. 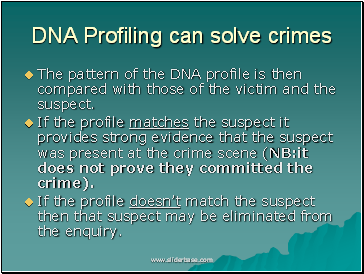 The pattern of the DNA profile is then compared with those of the victim and the suspect.

If the profile matches the suspect it provides strong evidence that the suspect was present at the crime scene (NB:it does not prove they committed the crime).

If the profile doesn’t match the suspect then that suspect may be eliminated from the enquiry. 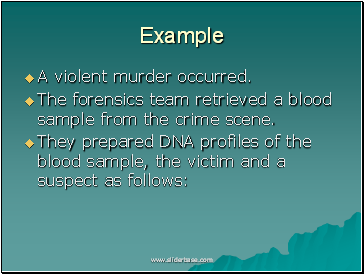 The forensics team retrieved a blood sample from the crime scene.

They prepared DNA profiles of the blood sample, the victim and a suspect as follows:

Was the suspect at the crime scene? 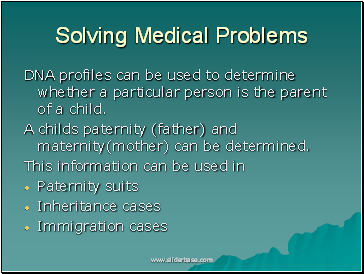 DNA profiles can be used to determine whether a particular person is the parent of a child.

A childs paternity (father) and maternity(mother) can be determined.

This information can be used in 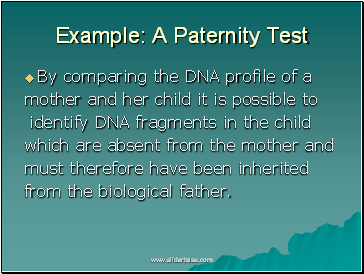 By comparing the DNA profile of a

mother and her child it is possible to

identify DNA fragments in the child

which are absent from the mother and

must therefore have been inherited

from the biological father. 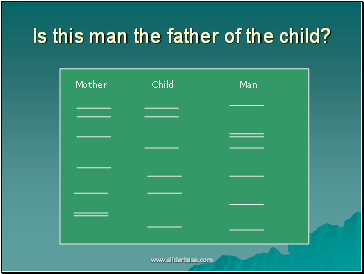 Is this man the father of the child? 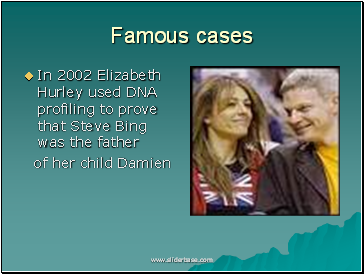 of her child Damien 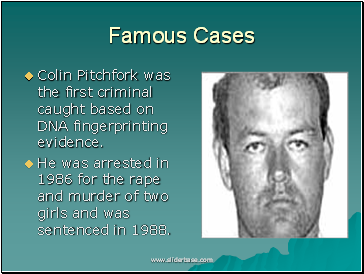 Colin Pitchfork was the first criminal caught based on DNA fingerprinting evidence.

He was arrested in 1986 for the rape and murder of two girls and was sentenced in 1988.