-sugar completely broken down to carbon dioxide and water 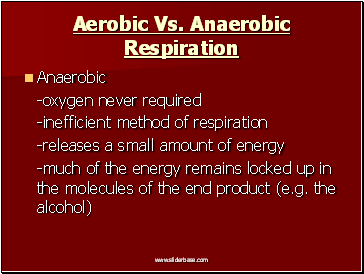 -releases a small amount of energy

-much of the energy remains locked up in the molecules of the end product (e.g. the alcohol) 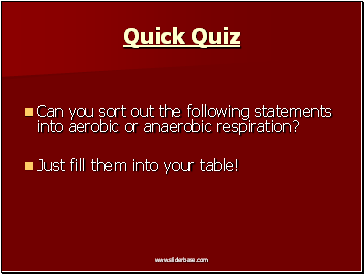 Can you sort out the following statements into aerobic or anaerobic respiration?

Just fill them into your table! 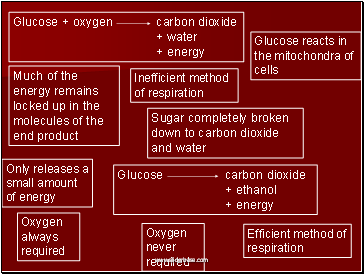 Sugar completely broken down to carbon dioxide and water

Only releases a small amount of energy

Glucose reacts in the mitochondra of cells 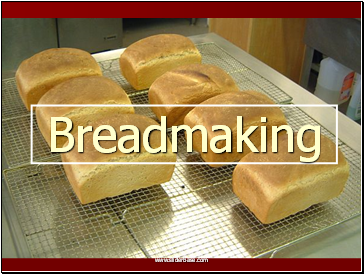 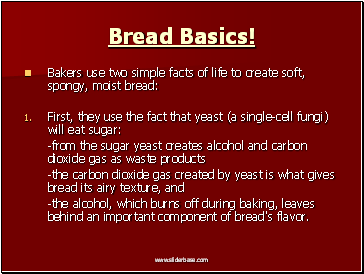 First, they use the fact that yeast (a single-cell fungi) will eat sugar:

-the carbon dioxide gas created by yeast is what gives bread its airy texture, and

-the alcohol, which burns off during baking, leaves behind an important component of bread's flavor. 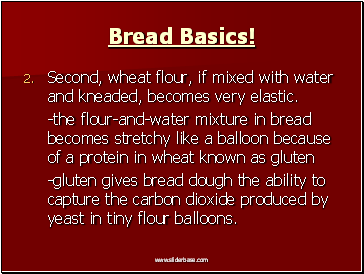 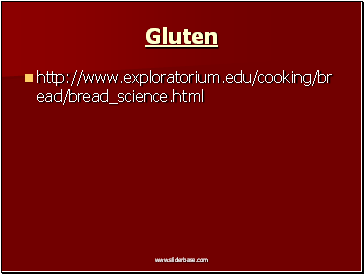 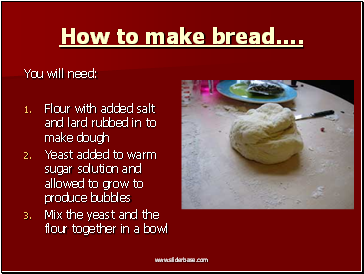 How to make bread….

Flour with added salt and lard rubbed in to make dough

Mix the yeast and the flour together in a bowl 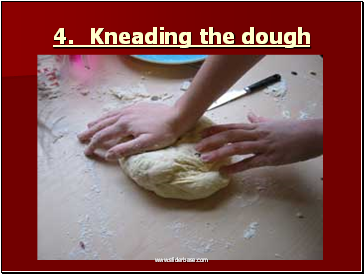