The result is an odorless, white crystalline powder. With a bitter, numbing taste. 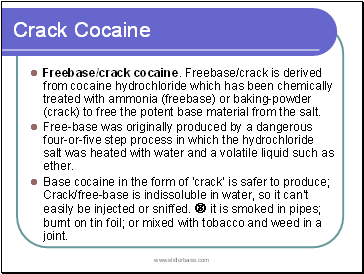 Freebase/crack cocaine. Freebase/crack is derived from cocaine hydrochloride which has been chemically treated with ammonia (freebase) or baking-powder (crack) to free the potent base material from the salt.

Free-base was originally produced by a dangerous four-or-five step process in which the hydrochloride salt was heated with water and a volatile liquid such as ether.

Base cocaine in the form of 'crack' is safer to produce; Crack/free-base is indissoluble in water, so it can't easily be injected or sniffed.  it is smoked in pipes; burnt on tin foil; or mixed with tobacco and weed in a joint. 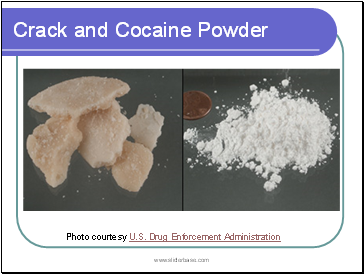 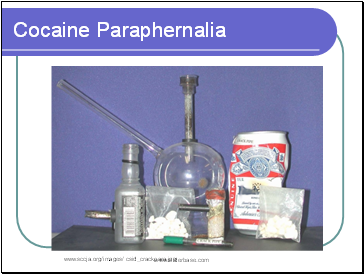 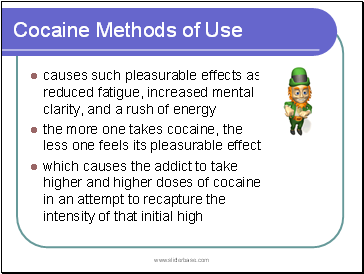 Cocaine Methods of Use

causes such pleasurable effects as reduced fatigue, increased mental clarity, and a rush of energy

the more one takes cocaine, the less one feels its pleasurable effect 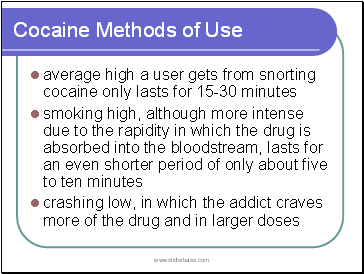 Cocaine Methods of Use

smoking high, although more intense due to the rapidity in which the drug is absorbed into the bloodstream, lasts for an even shorter period of only about five to ten minutes

crashing low, in which the addict craves more of the drug and in larger doses 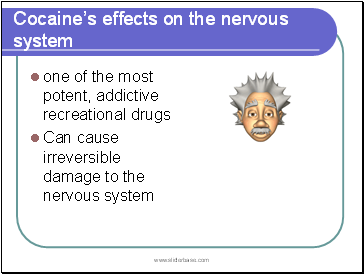 Cocaine’s effects on the nervous system

one of the most potent, addictive recreational drugs

Can cause irreversible damage to the nervous system 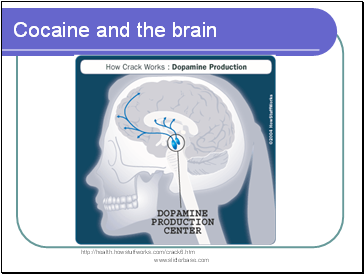 Cocaine and the brain 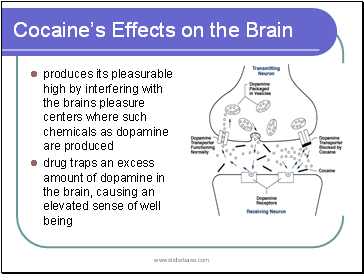 Cocaine’s Effects on the Brain