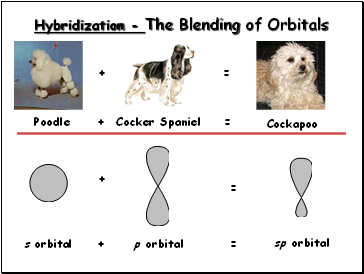 Hybridization - The Blending of Orbitals 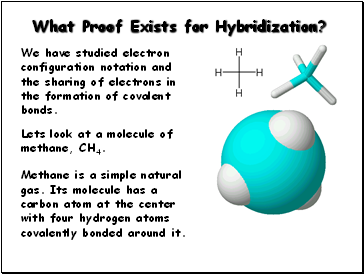 What Proof Exists for Hybridization?

We have studied electron configuration notation and

the sharing of electrons in the formation of covalent

Methane is a simple natural gas. Its molecule has a

carbon atom at the center with four hydrogen atoms covalently bonded around it.

Lets look at a molecule of methane, CH4. 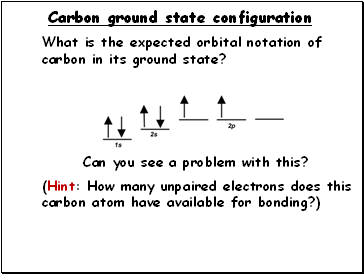 What is the expected orbital notation of carbon in its ground state?

(Hint: How many unpaired electrons does this

carbon atom have available for bonding?)

Can you see a problem with this? 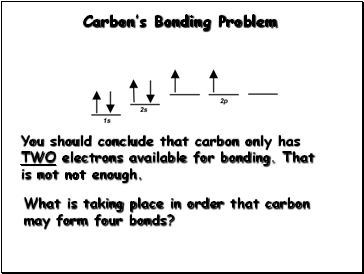 You should conclude that carbon only has TWO electrons available for bonding. That is not not enough.

What is taking place in order that carbon may form four bonds? 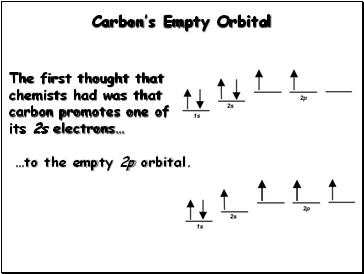 …to the empty 2p orbital. 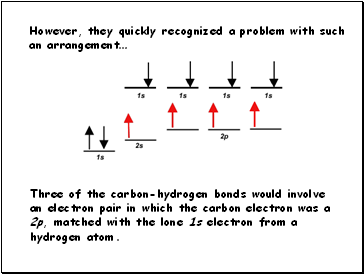 However, they quickly recognized a problem with such

Three of the carbon-hydrogen bonds would involve

an electron pair in which the carbon electron was a 2p, matched with the lone 1s electron from a hydrogen atom. 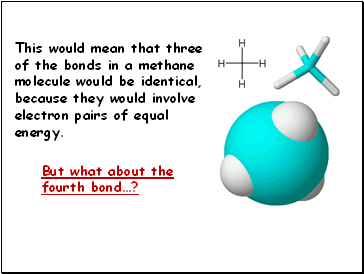 This would mean that three of the bonds in a methane

molecule would be identical, because they would involve

But what about the fourth bond…? 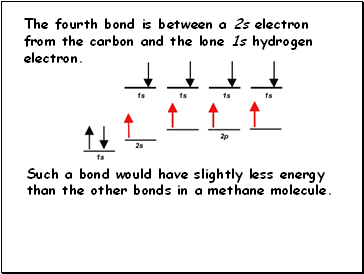 The fourth bond is between a 2s electron from the carbon and the lone 1s hydrogen electron.

Such a bond would have slightly less energy than the other bonds in a methane molecule. 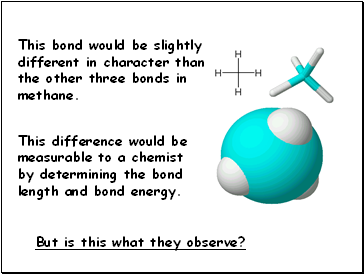 This bond would be slightly different in character than

the other three bonds in methane.

This difference would be measurable to a chemist

by determining the bond length and bond energy.

But is this what they observe? 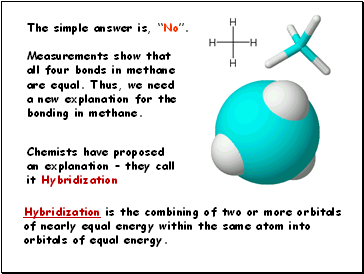