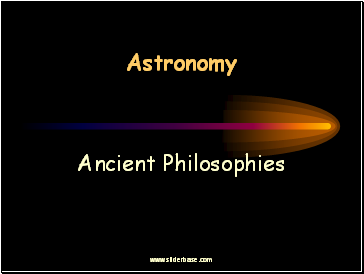 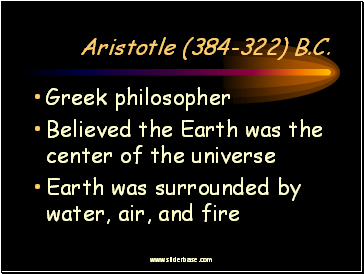 Believed the Earth was the center of the universe

Earth was surrounded by water, air, and fire 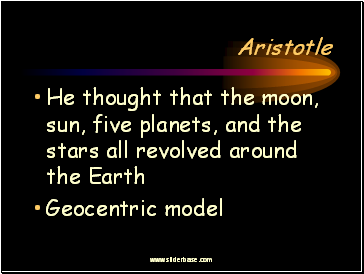 He thought that the moon, sun, five planets, and the stars all revolved around the Earth 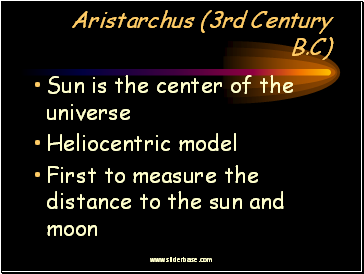 Sun is the center of the universe

First to measure the distance to the sun and moon 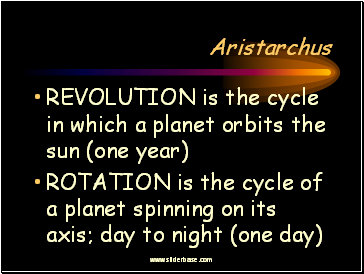 ROTATION is the cycle of a planet spinning on its axis; day to night (one day) 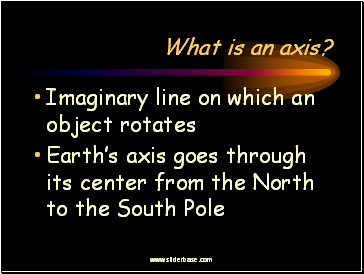 Imaginary line on which an object rotates 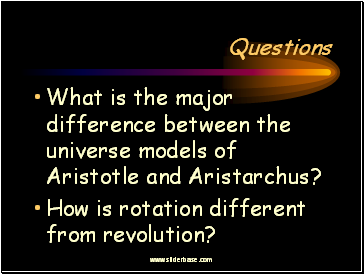 What is the major difference between the universe models of Aristotle and Aristarchus?

How is rotation different from revolution? 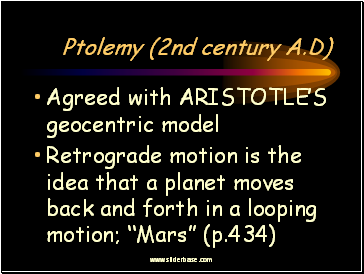 Retrograde motion is the idea that a planet moves back and forth in a looping motion; “Mars” 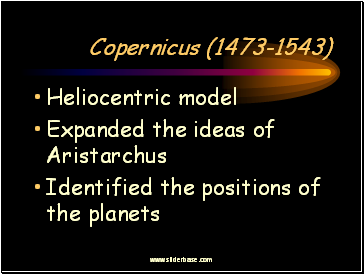 Expanded the ideas of Aristarchus

Identified the positions of the planets 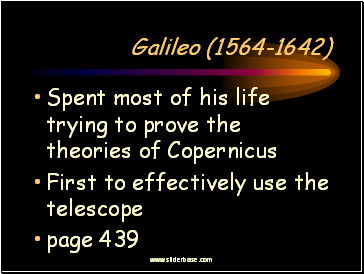 First to effectively use the telescope 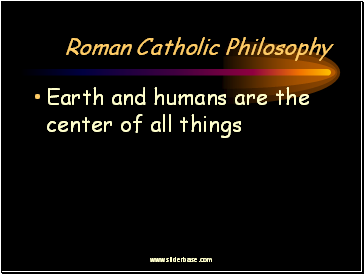 Earth and humans are the center of all things 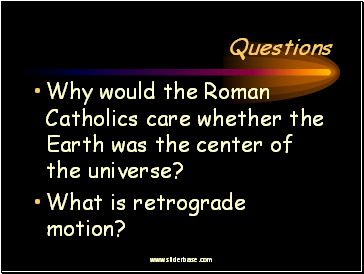 Why would the Roman Catholics care whether the Earth was the center of the universe?

What is retrograde motion? 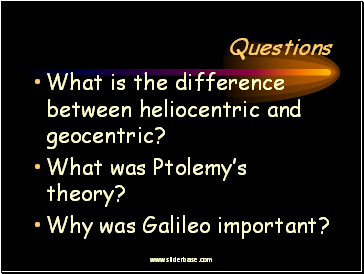 What is the difference between heliocentric and geocentric?

What was Ptolemy’s theory?

Why was Galileo important?