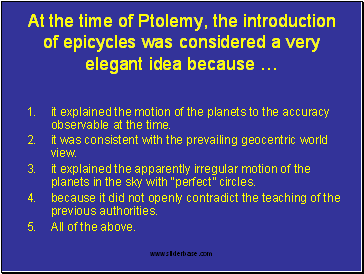 • At the time of Ptolemy, the introduction of epicycles was considered a very elegant idea because it explained the motion of the planets to the accuracy observable at the time.

• it was consistent with the prevailing geocentric world view.

• it explained the apparently irregular motion of the planets in the sky with “perfect” circles.

• because it did not openly contradict the teaching of the previous authorities. 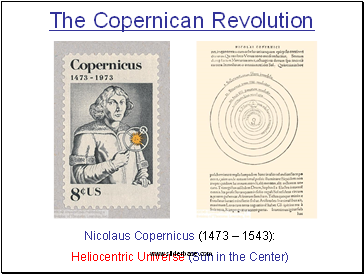 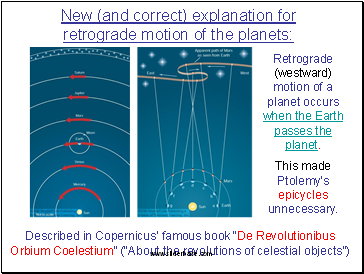 New (and correct) explanation f Retrograde (westward) motion of a planet occurs when the Earth passes the planet.

or retrograde motion of the planets: This made Ptolemy’s epicycles unnecessary Described in Copernicus’ famous book “De Revolutionibus Orbium Coelestium” (“About the revolutions of celestial objects”) 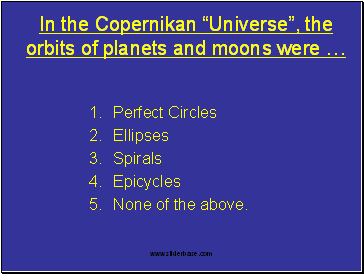 • In the Copernikan “Universe”, the orbits of pl anets and moons were … Perfect Circles

• None of the above. 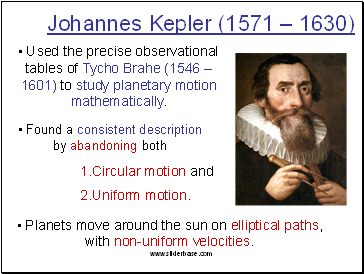 Used the precise observational tables of Tycho Brahe (1546 – 1601) to study planetary motion mathematically. Found a consistent description by abandoning both

Planets move around the sun on elliptical paths, with non-uniform velocities 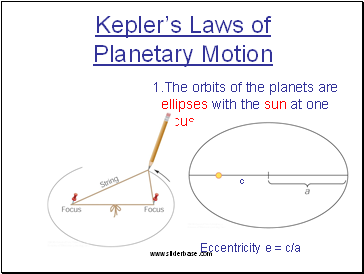 The orbits of the planets are ellipses with the sun at one focus. 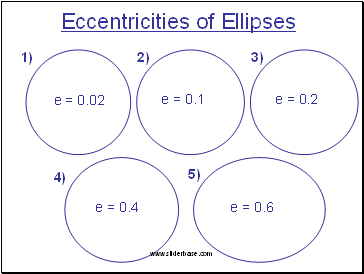 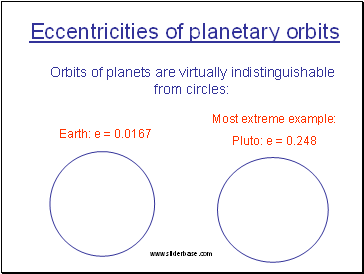 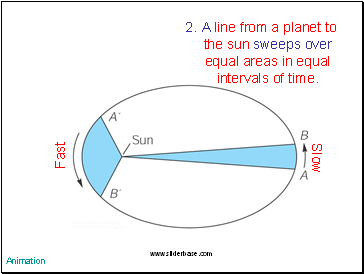 A line from a planet to the sun sweeps over equal areas in equal intervals of time. 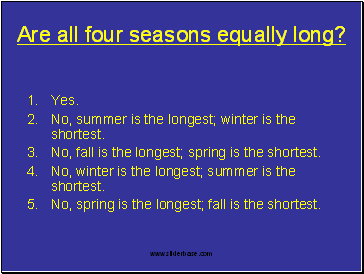 • No, summer is the longest; winter is the shortest.

• No, fall is the longest; spring is the shortest.

• No, winter is the longest; summer is the shortest.

• No, spring is the longest; fall is the shortest. 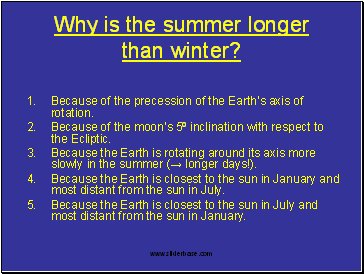