Astronomy and Space Exploration Present, Past and Future
Page
1 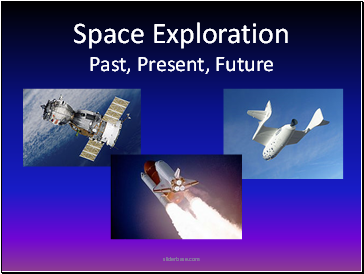 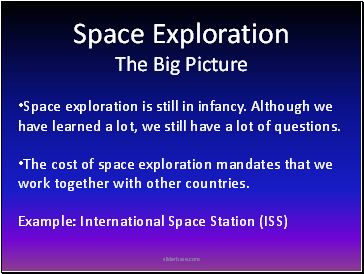 •Space Exploration The Big Picture Space exploration is still in infancy. Although we have learned a lot, we still have a lot of questions.

•The cost of space exploration mandates that we work together with other countries. 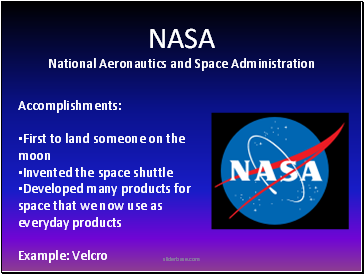 •First to land someone on the moon 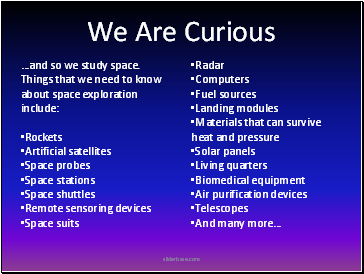 We Are C …and so we study space. Things that we need to know about space exploration include:

•Materials that can survive heat and pressure 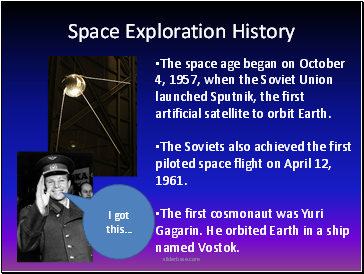 •The first cosmonaut was Yuri Gagarin. He orbited Earth in a ship named Vostok. 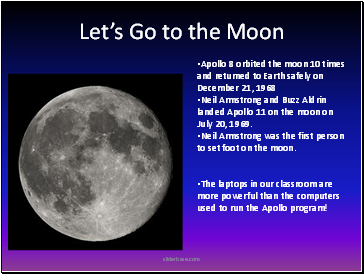 •Neil Armstrong was the first person to set foot on the moon.

•The laptops in our classroom are more powerful than the computers used to run the Apollo program! 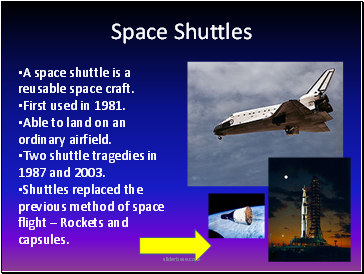 •Space Shuttles A space shuttle is a reusable space craft.

•Able to land on an ordinary airfield. 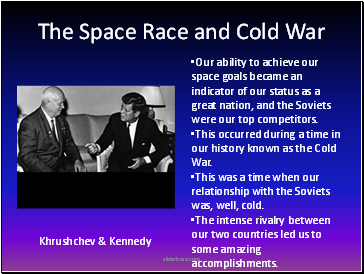 •Our ability to achieve our space goals became an indicator of our status as a great nation, and the Soviets were our top competitors.

•This occurred during a time in our history known as the Cold War.