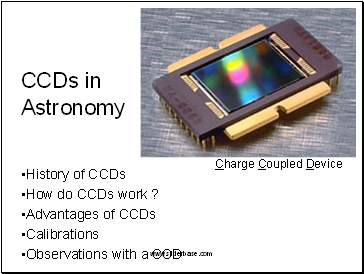 How do CCDs work ?

Observations with a CCD 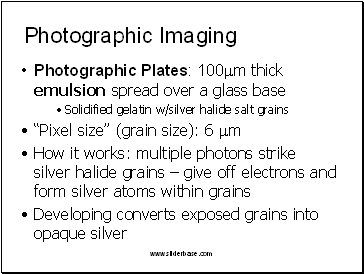 Photographic Plates: 100mm thick emulsion spread over a glass base

How it works: multiple photons strike silver halide grains – give off electrons and form silver atoms within grains 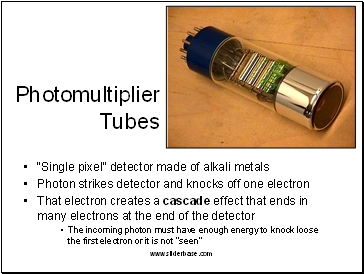 Photon strikes detector and knocks off one electron 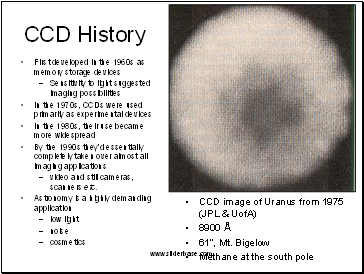 First developed in the 1960s as memory storage devices

In the 1970s, CCDs were used primarily as experimental devices

In the 1980s, their use became more widespread

Astronomy is a highly demanding application

Methane at the south pole 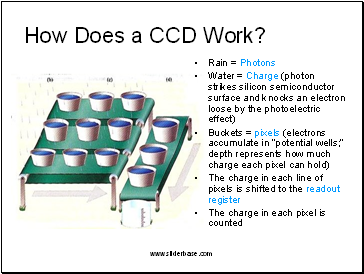 How Does a CCD Work?

Buckets = pixels (electrons accumulate in “potential wells;” depth represents how much charge each pixel can hold)

The charge in each pixel is counted 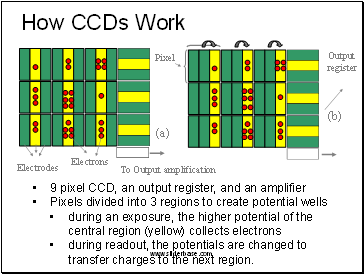 9 pixel CCD, an output register, and an amplifier

during an exposure, the higher potential of the central region (yellow) collects electrons

during readout, the potentials are changed to transfer charges to the next region. 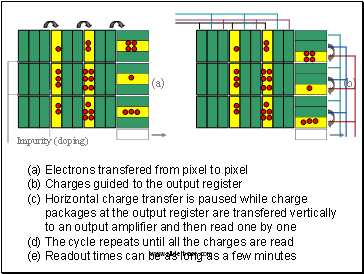 Electrons transfered from pixel to pixel

Charges guided to the output register