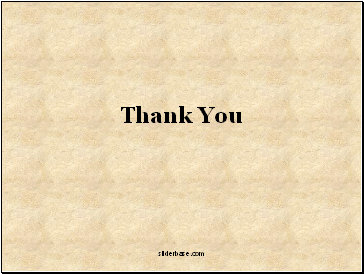 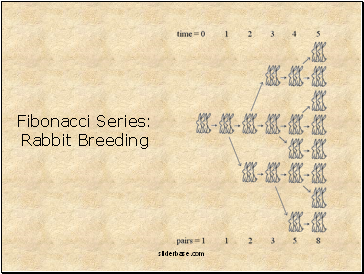 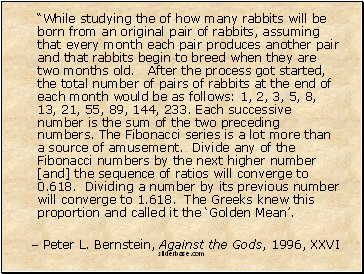 “While studying the of how many rabbits will be born from an original pair of rabbits, assuming that every month each pair produces another pair and that rabbits begin to breed when they are two months old. After the process got started, the total number of pairs of rabbits at the end of each month would be as follows: 1, 2, 3, 5, 8, 13, 21, 55, 89, 144, 233. Each successive number is the sum of the two preceding numbers. The Fibonacci series is a lot more than a source of amusement. Divide any of the Fibonacci numbers by the next higher number [and] the sequence of ratios will converge to 0.618. Dividing a number by its previous number will converge to 1.618. The Greeks knew this proportion and called it the ‘Golden Mean’. 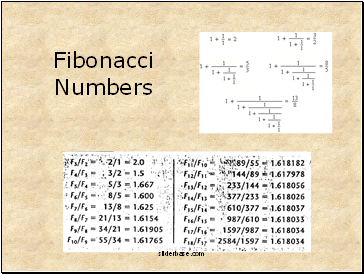 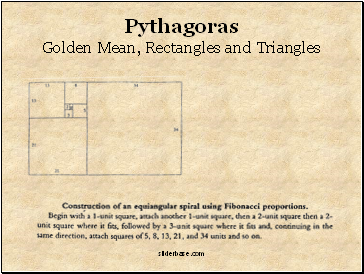 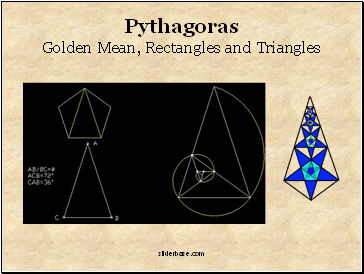 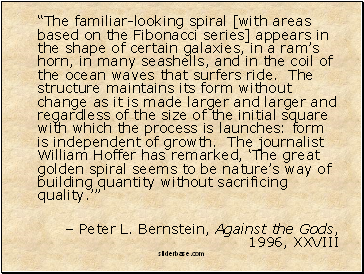 “The familiar-looking spiral [with areas based on the Fibonacci series] appears in the shape of certain galaxies, in a ram’s horn, in many seashells, and in the coil of the ocean waves that surfers ride. The structure maintains its form without change as it is made larger and larger and regardless of the size of the initial square with which the process is launches: form is independent of growth. The journalist William Hoffer has remarked, ‘The great golden spiral seems to be nature’s way of building quantity without sacrificing quality.’”