The Treaty of Versailles
Page
2 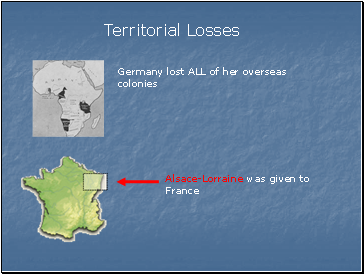 Germany lost ALL of her overseas colonies

Alsace-Lorraine was given to France 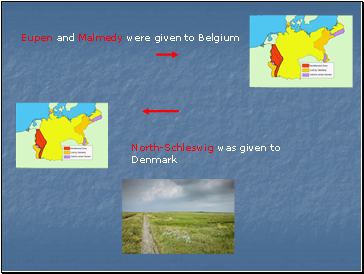 Eupen and Malmedy were given to Belgium

North-Schleswig was given to Denmark 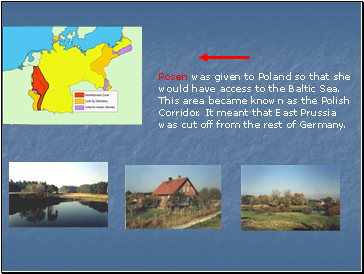 Posen was given to Poland so that she would have access to the Baltic Sea. This area became known as the Polish Corridor. It meant that East Prussia was cut off from the rest of Germany. 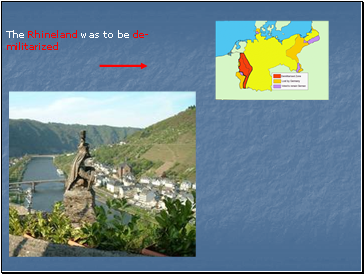 The Rhineland was to be de-militarized 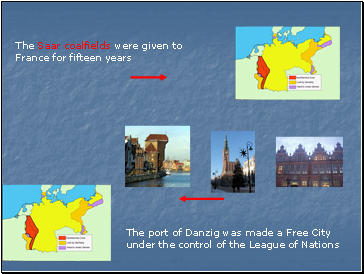 The Saar coalfields were given to France for fifteen years 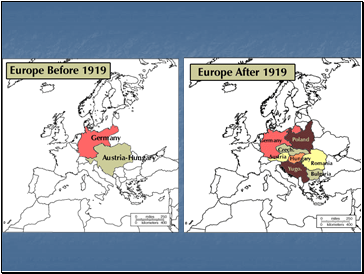 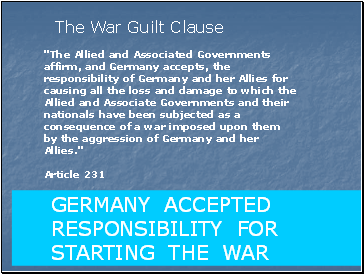 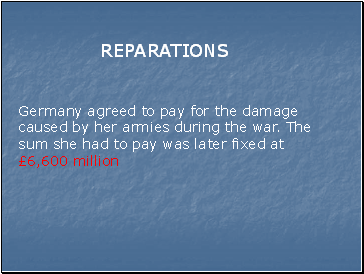 Germany agreed to pay for the damage caused by her armies during the war. The sum she had to pay was later fixed at £6,600 million 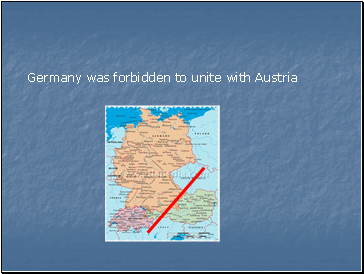 Germany was forbidden to unite with Austria 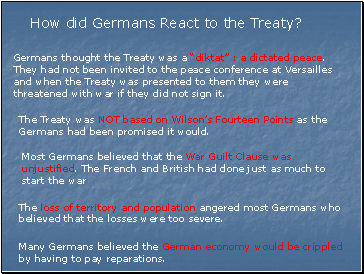 How did Germans React to the Treaty?

Germans thought the Treaty was a “diktat” : a dictated peace. They had not been invited to the peace conference at Versailles and when the Treaty was presented to them they were threatened with war if they did not sign it.

The Treaty was NOT based on Wilson’s Fourteen Points as the Germans had been promised it would.

Most Germans believed that the War Guilt Clause was unjustified. The French and British had done just as much to start the war

The loss of territory and population angered most Germans who believed that the losses were too severe.

Many Germans believed the German economy would be crippled by having to pay reparations. 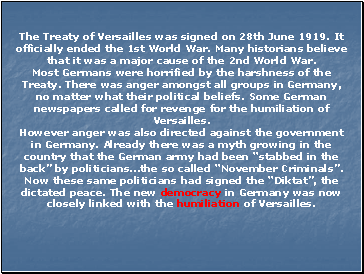