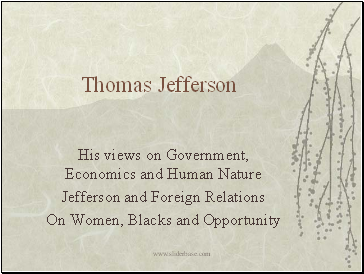 His views on Government, Economics and Human Nature

On Women, Blacks and Opportunity 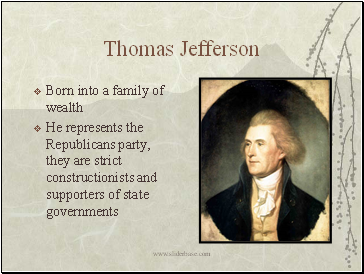 Born into a family of wealth

He represents the Republicans party, they are strict constructionists and supporters of state governments 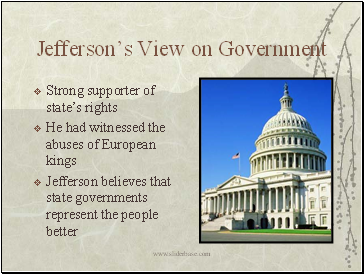 He had witnessed the abuses of European kings 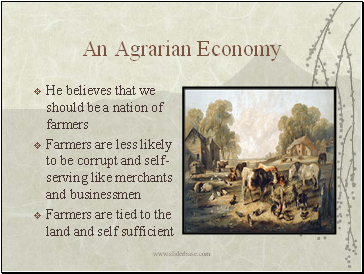 He believes that we should be a nation of farmers

Farmers are tied to the land and self sufficient 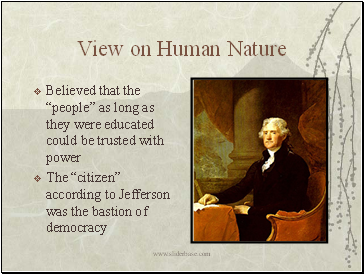 The “citizen” according to Jefferson was the bastion of democracy 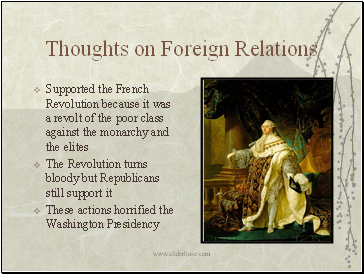 The Revolution turns bloody but Republicans still support it

These actions horrified the Washington Presidency 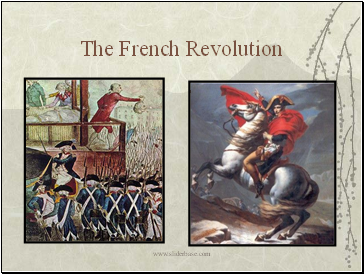 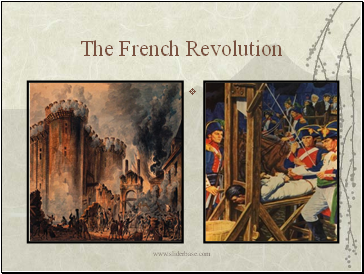 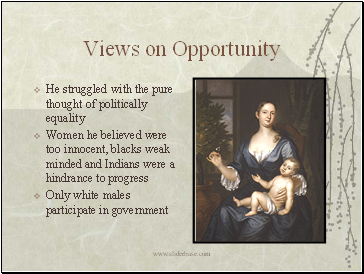 He struggled with the pure thought of politically equality

Women he believed were too innocent, blacks weak minded and Indians were a hindrance to progress

Only white males participate in government