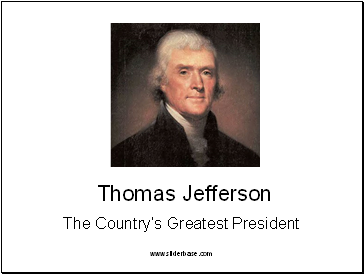 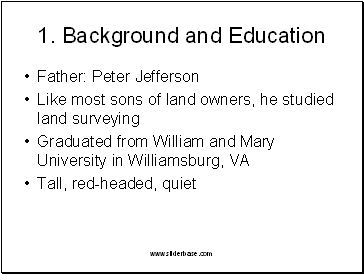 Like most sons of land owners, he studied land surveying

Graduated from William and Mary University in Williamsburg, VA 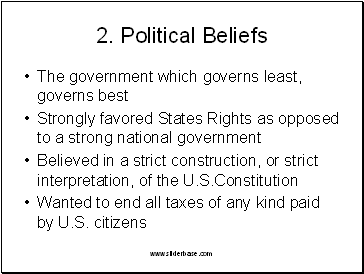 Believed in a strict construction, or strict interpretation, of the U.S.Constitution

Wanted to end all taxes of any kind paid by U.S. citizens 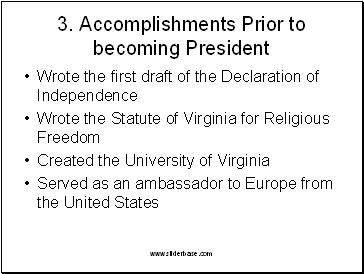 Accomplishments Prior to becoming President

Wrote the first draft of the Declaration of Independence

Wrote the Statute of Virginia for Religious Freedom

Created the University of Virginia

Served as an ambassador to Europe from the United States 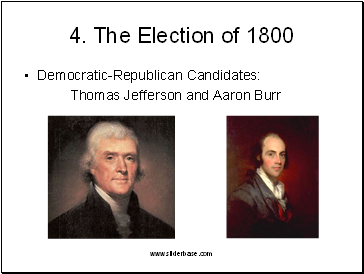 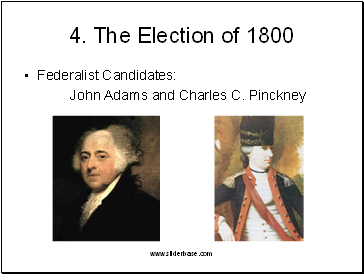 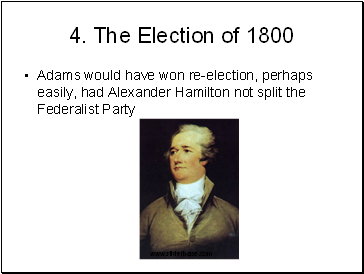 Adams would have won re-election, perhaps easily, had Alexander Hamilton not split the Federalist Party 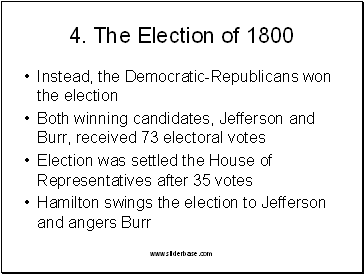 Instead, the Democratic-Republicans won the election

Election was settled the House of Representatives after 35 votes

Hamilton swings the election to Jefferson and angers Burr 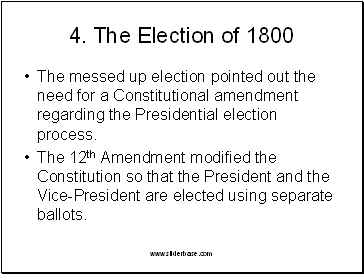 The messed up election pointed out the need for a Constitutional amendment regarding the Presidential election process.

The 12th Amendment modified the Constitution so that the President and the Vice-President are elected using separate ballots. 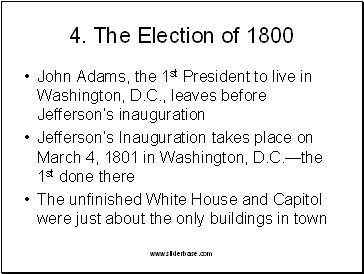