The Dutch and French Colonies in the New World
Page
1 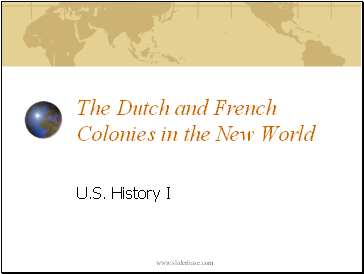 The Dutch and French Colonies in the New World 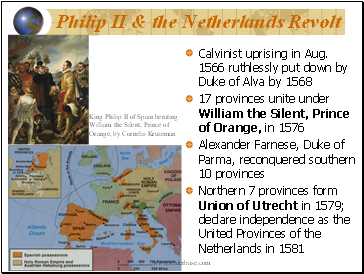 Calvinist uprising in Aug. 1566 ruthlessly put down by Duke of Alva by 1568

17 provinces unite under William the Silent, Prince of Orange, in 1576

Northern 7 provinces form Union of Utrecht in 1579; declare independence as the United Provinces of the Netherlands in 1581 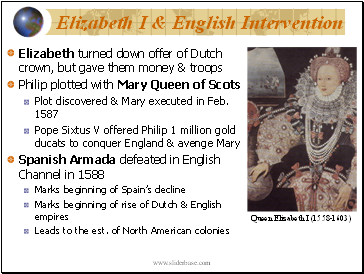 Elizabeth turned down offer of Dutch crown, but gave them money & troops

Leads to the est. of North American colonies 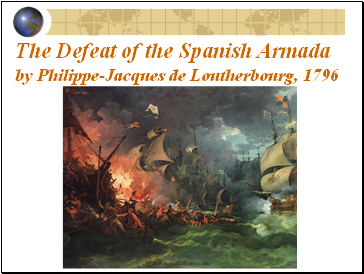 The Defeat of the Spanish Armada by Philippe-Jacques de Loutherbourg, 1796 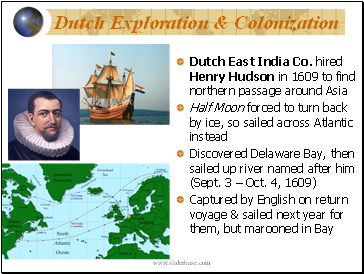 Half Moon forced to turn back by ice, so sailed across Atlantic instead

Captured by English on return voyage & sailed next year for them, but marooned in Bay 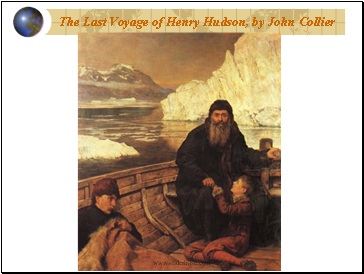 The Last Voyage of Henry Hudson, by John Collier 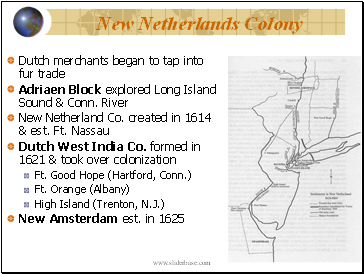 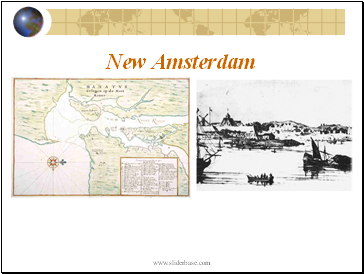