The Dutch and French Colonies in the New World
Page
2 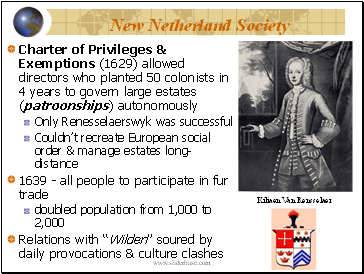 1639 - all people to participate in fur trade 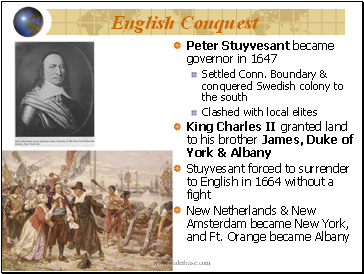 Stuyvesant forced to surrender to English in 1664 without a fight 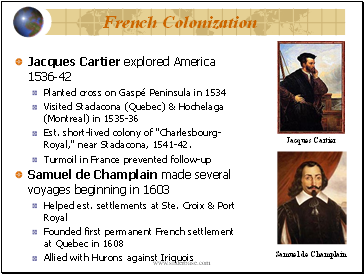 Planted cross on Gaspé Peninsula in 1534

Allied with Hurons against Iriquois 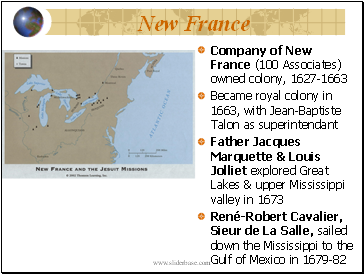 Became royal colony in 1663, with Jean-Baptiste Talon as superintendant

René-Robert Cavalier, Sieur de La Salle, sailed down the Mississippi to the Gulf of Mexico in 1679-82 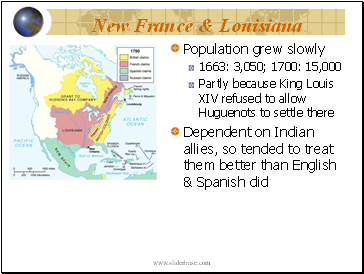 Dependent on Indian allies, so tended to treat them better than English & Spanish did