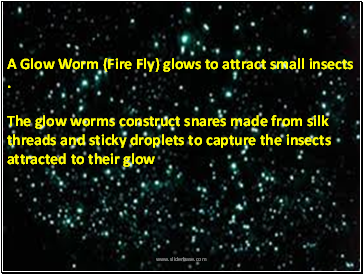 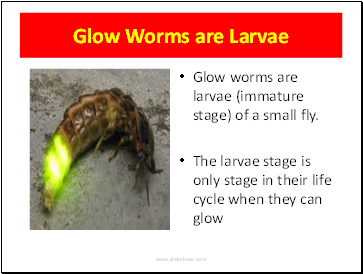 Glow worms are larvae (immature stage) of a small fly. 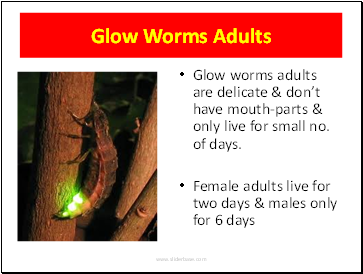 Glow worms adults are delicate & don’t have mouth-parts & only live for small no. of days.

Female adults live for two days & males only for 6 days 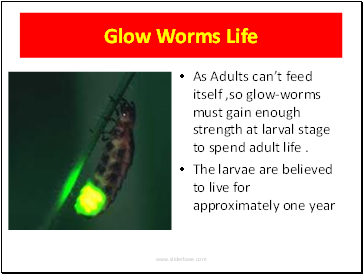 As Adults can’t feed itself ,so glow-worms must gain enough strength at larval stage to spend adult life .

The larvae are believed to live for approximately one year 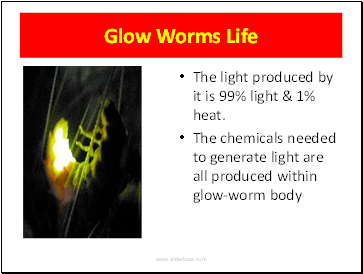 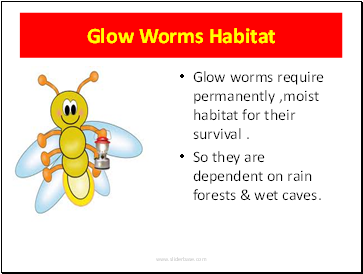 So they are dependent on rain forests & wet caves. 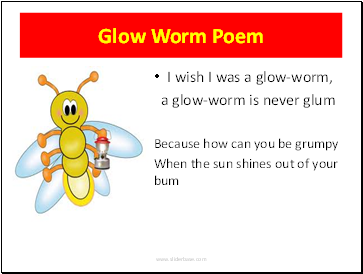 I wish I was a glow-worm,

a glow-worm is never glum

Because how can you be grumpy

When the sun shines out of your bum