The Evolution of Populations
Page
1

Presentations / Biology / The Evolution of Populations 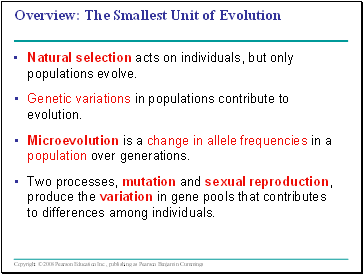 The Smallest Unit of Evolution

Natural selection acts on individuals, but only populations evolve.

Microevolution is a change in allele frequencies in a population over generations.

Two processes, mutation and sexual reproduction, produce the variation in gene pools that contributes to differences among individuals. 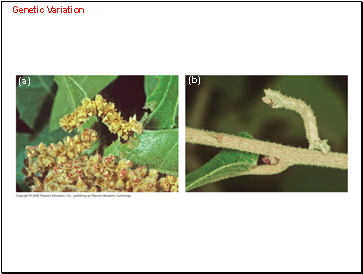 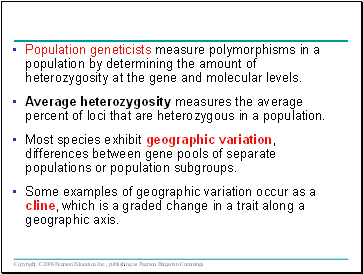 Population geneticists measure polymorphisms in a population by determining the amount of heterozygosity at the gene and molecular levels.

Average heterozygosity measures the average percent of loci that are heterozygous in a population.

Some examples of geographic variation occur as a cline, which is a graded change in a trait along a geographic axis. 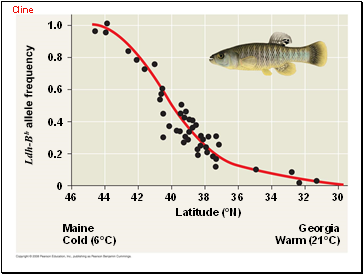 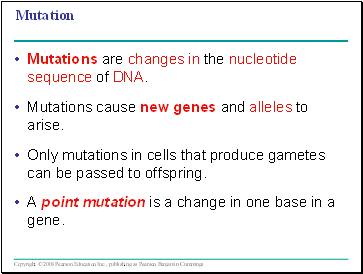 Mutations are changes in the nucleotide sequence of DNA.

Mutations cause new genes and alleles to arise.

Only mutations in cells that produce gametes can be passed to offspring.

A point mutation is a change in one base in a gene. 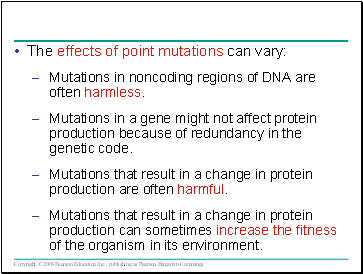 The effects of point mutations can vary:

Mutations in noncoding regions of DNA are often harmless.

Mutations in a gene might not affect protein production because of redundancy in the genetic code.

Mutations that result in a change in protein production are often harmful.

Mutations that result in a change in protein production can sometimes increase the fitness of the organism in its environment. 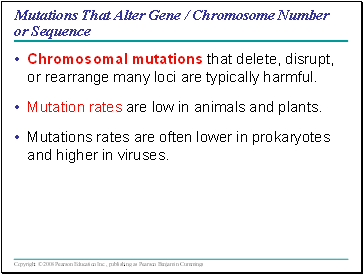 Chromosomal mutations that delete, disrupt, or rearrange many loci are typically harmful.

Mutation rates are low in animals and plants.

Mutations rates are often lower in prokaryotes and higher in viruses. 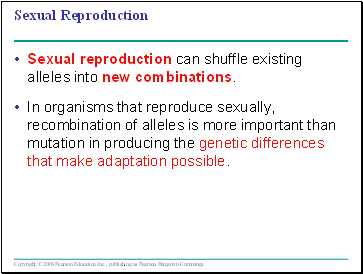