The Molecular Basis of Inheritance
Page
1 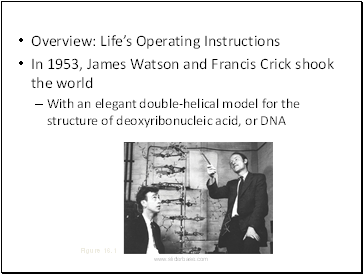 In 1953, James Watson and Francis Crick shook the world

With an elegant double-helical model for the structure of deoxyribonucleic acid, or DNA 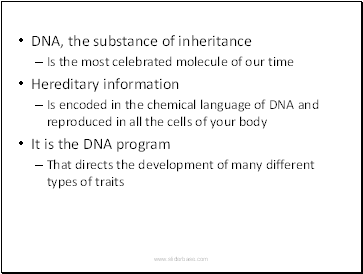 DNA, the substance of inheritance

Is the most celebrated molecule of our time

It is the DNA program

That directs the development of many different types of traits 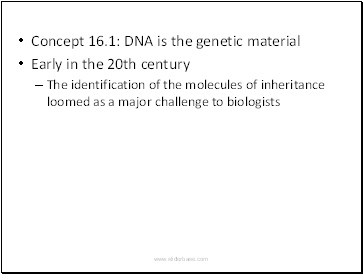 Concept 16.1: DNA is the genetic material

Early in the 20th century 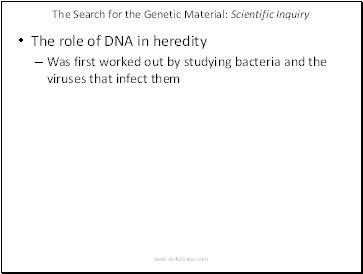 The Search for the Genetic Material: Scientific Inquiry

The role of DNA in heredity 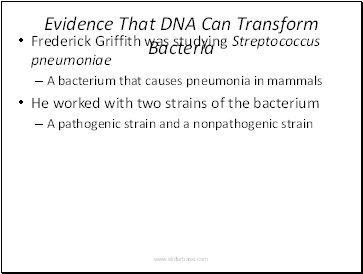 Evidence That DNA Can Transform Bacteria

A bacterium that causes pneumonia in mammals

He worked with two strains of the bacterium 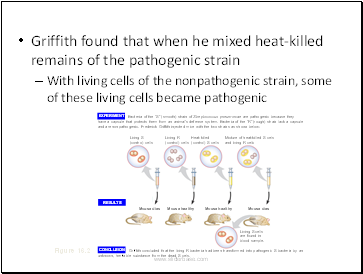 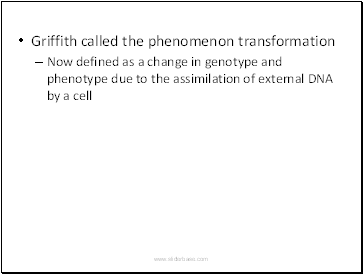 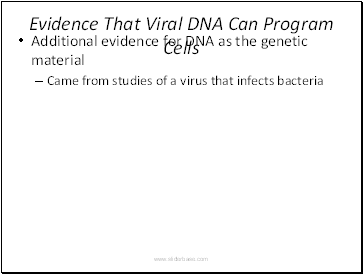 Additional evidence for DNA as the genetic material

Came from studies of a virus that infects bacteria 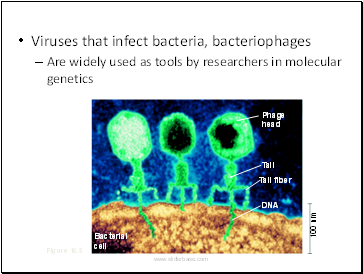 Are widely used as tools by researchers in molecular genetics 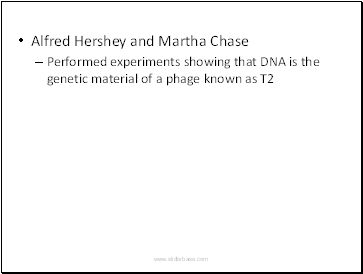 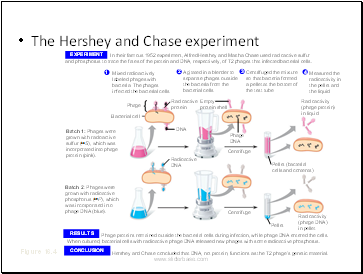 The Hershey and Chase experiment