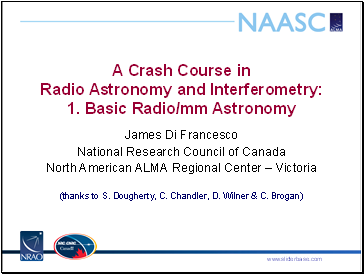 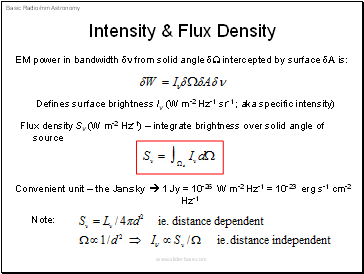 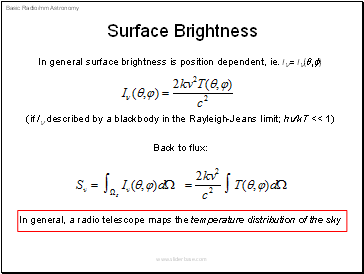 In general surface brightness is position dependent, ie. In = In(q,f)

(if In described by a blackbody in the Rayleigh-Jeans limit; hn/kT << 1)

In general, a radio telescope maps the temperature distribution of the sky 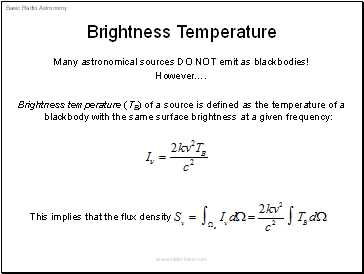 Many astronomical sources DO NOT emit as blackbodies!

Brightness temperature (TB) of a source is defined as the temperature of a blackbody with the same surface brightness at a given frequency:

This implies that the flux density 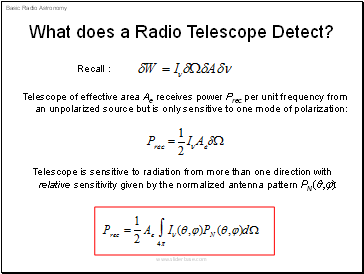 What does a Radio Telescope Detect?

Telescope of effective area Ae receives power Prec per unit frequency from an unpolarized source but is only sensitive to one mode of polarization:

Telescope is sensitive to radiation from more than one direction with relative sensitivity given by the normalized antenna pattern PN(q,j): 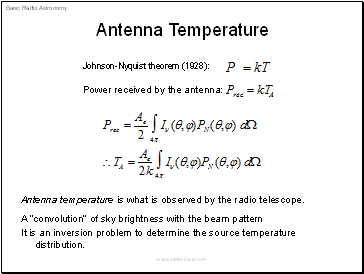 Antenna temperature is what is observed by the radio telescope.

Power received by the antenna:

A “convolution” of sky brightness with the beam pattern

It is an inversion problem to determine the source temperature distribution. 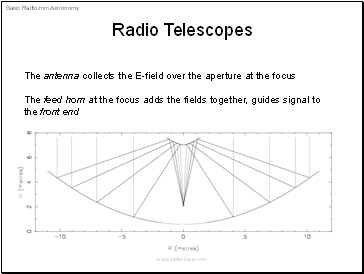 The feed horn at the focus adds the fields together, guides signal to the front end 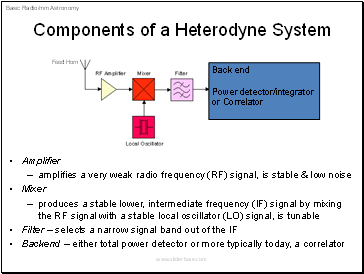 Components of a Heterodyne System