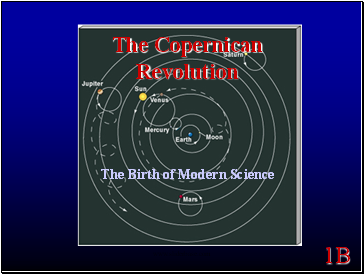 The Birth of Modern Science 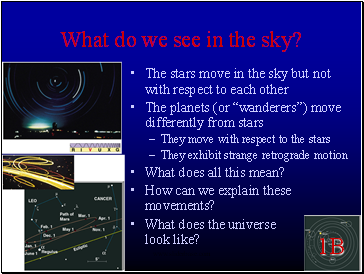 What do we see in the sky?

The planets (or “wanderers”) move differently from stars

They move with respect to the stars

What does all this mean?

How can we explain these movements? 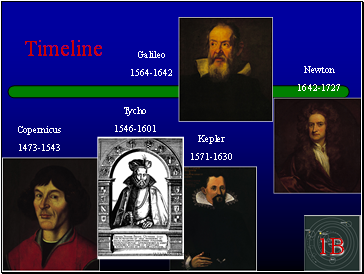 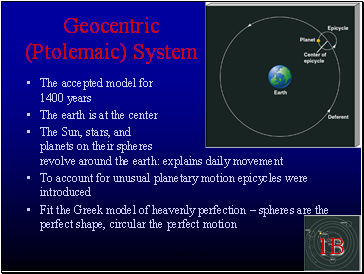 The accepted model for 1400 years

The earth is at the center

The Sun, stars, and planets on their spheres revolve around the earth: explains daily movement

To account for unusual planetary motion epicycles were introduced

Fit the Greek model of heavenly perfection – spheres are the perfect shape, circular the perfect motion 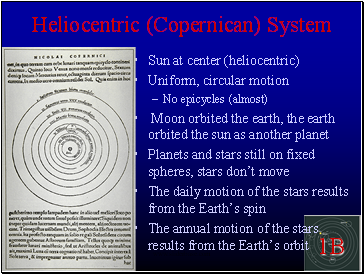 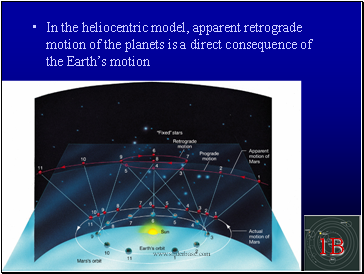 In the heliocentric model, apparent retrograde motion of the planets is a direct consequence of the Earth’s motion 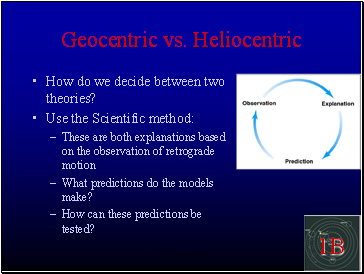 How do we decide between two theories?

Use the Scientific method:

These are both explanations based on the observation of retrograde motion

What predictions do the models make?

How can these predictions be tested? 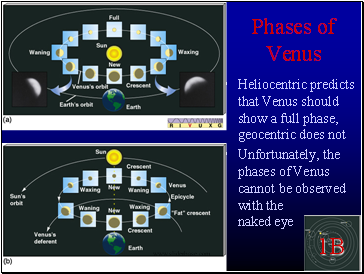 Heliocentric predicts that Venus should show a full phase, geocentric does not

Unfortunately, the phases of Venus cannot be observed with the naked eye 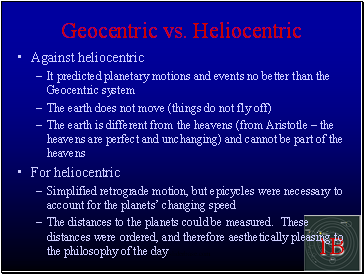 The earth does not move (things do not fly off)