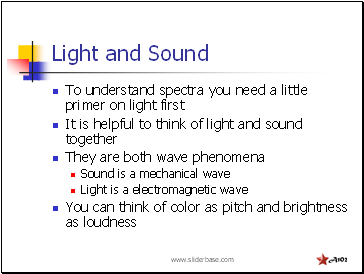 To understand spectra you need a little primer on light first

It is helpful to think of light and sound together

They are both wave phenomena

Sound is a mechanical wave

Light is a electromagnetic wave

You can think of color as pitch and brightness as loudness 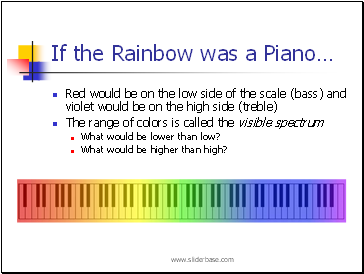 If the Rainbow was a Piano…

The range of colors is called the visible spectrum

What would be lower than low?

What would be higher than high? 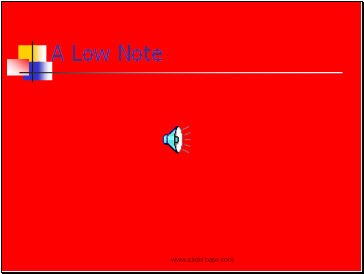 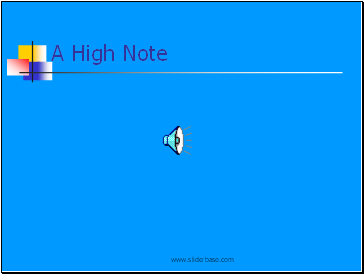 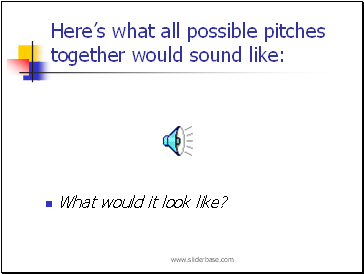 Here’s what all possible pitches together would sound like: 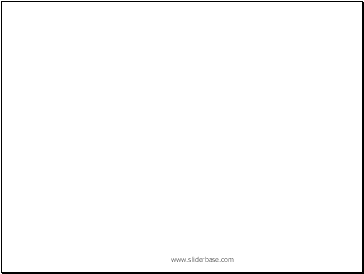 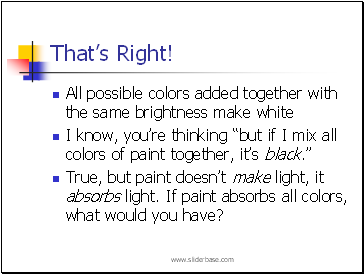 All possible colors added together with the same brightness make white

I know, you’re thinking “but if I mix all colors of paint together, it’s black.”

True, but paint doesn’t make light, it absorbs light. If paint absorbs all colors, what would you have? 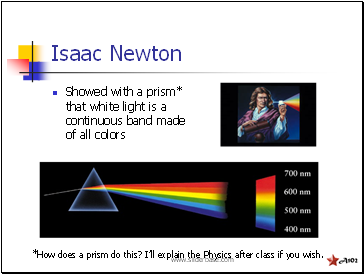 *How does a prism do this? I’ll explain the Physics after class if you wish. 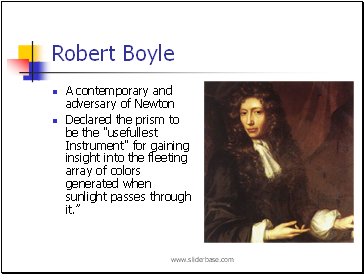 A contemporary and adversary of Newton

Declared the prism to be the "usefullest Instrument" for gaining insight into the fleeting array of colors generated when sunlight passes through it.” 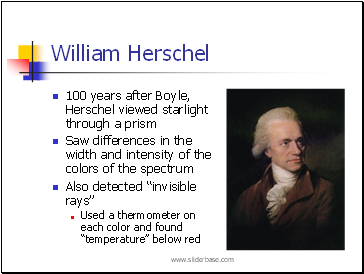 100 years after Boyle, Herschel viewed starlight through a prism

Used a thermometer on each color and found “temperature” below red 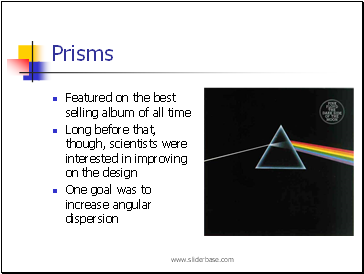 Featured on the best selling album of all time

Long before that, though, scientists were interested in improving on the design

One goal was to increase angular dispersion