If g is the gravitational field strength at some point (in N/kg), then the free fall acceleration at that point is also g (in m/s2). 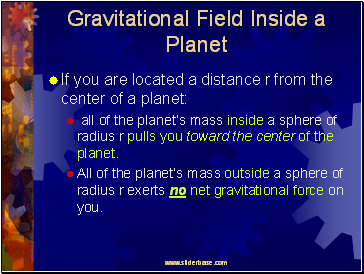 If you are located a distance r from the center of a planet:

All of the planet’s mass outside a sphere of radius r exerts no net gravitational force on you. 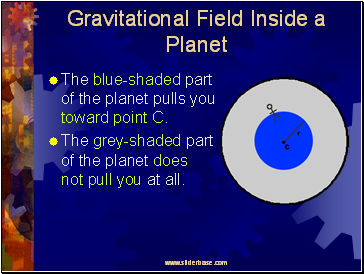 The blue-shaded part of the planet pulls you toward point C.

The grey-shaded part of the planet does not pull you at all. 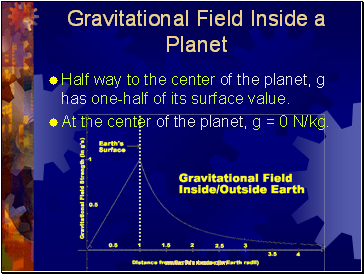 Half way to the center of the planet, g has one-half of its surface value. 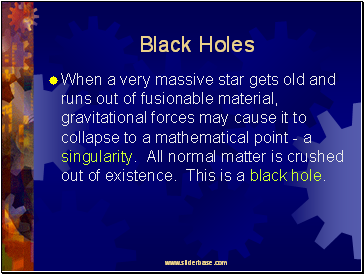 When a very massive star gets old and runs out of fusionable material, gravitational forces may cause it to collapse to a mathematical point - a singularity. All normal matter is crushed out of existence. This is a black hole. 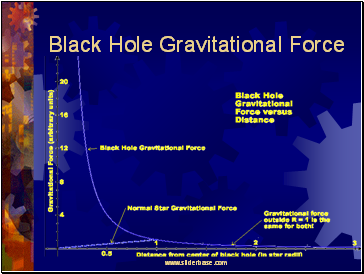 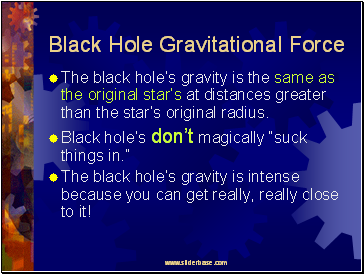 The black hole’s gravity is the same as the original star’s at distances greater than the star’s original radius.

The black hole’s gravity is intense because you can get really, really close to it! 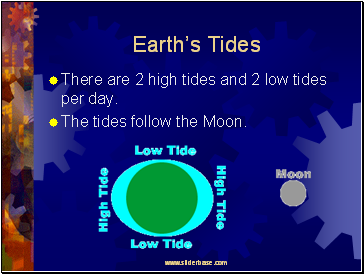 There are 2 high tides and 2 low tides per day. 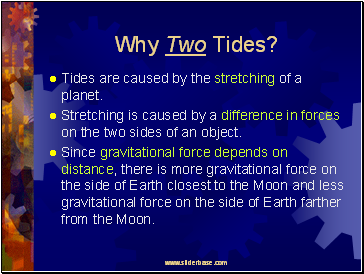 Tides are caused by the stretching of a planet.

Stretching is caused by a difference in forces on the two sides of an object. 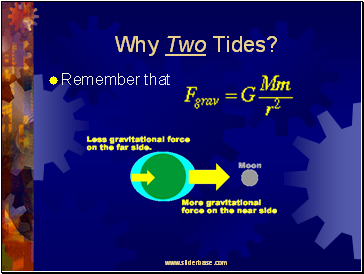 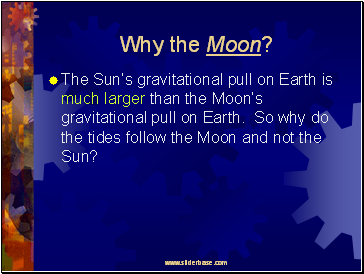