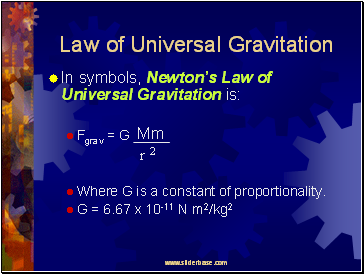 In symbols, Newton’s Law of Universal Gravitation is:

Where G is a constant of proportionality. 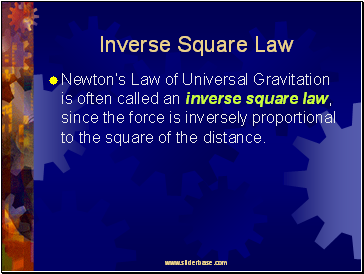 Newton’s Law of Universal Gravitation is often called an inverse square law, since the force is inversely proportional to the square of the distance. 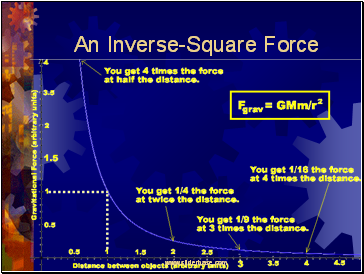 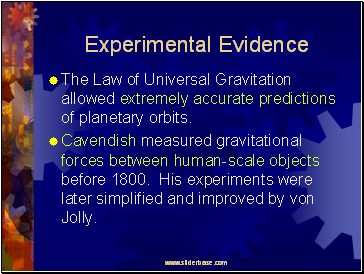 Cavendish measured gravitational forces between human-scale objects before 1800. His experiments were later simplified and improved by von Jolly. 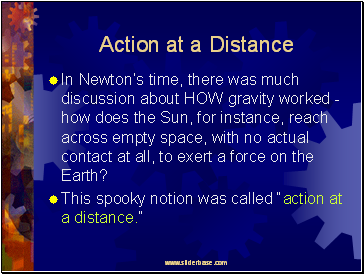 Action at a Distance

In Newton’s time, there was much discussion about HOW gravity worked - how does the Sun, for instance, reach across empty space, with no actual contact at all, to exert a force on the Earth?

This spooky notion was called “action at a distance.” 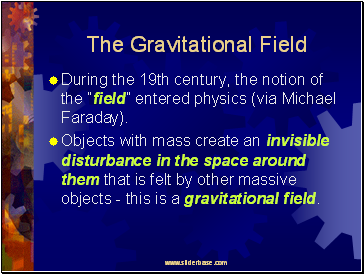 During the 19th century, the notion of the “field” entered physics (via Michael Faraday).

Objects with mass create an invisible disturbance in the space around them that is felt by other massive objects - this is a gravitational field. 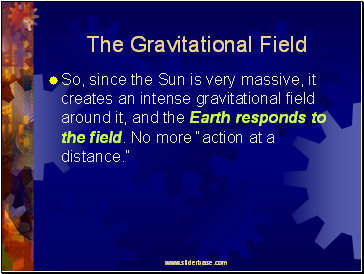 So, since the Sun is very massive, it creates an intense gravitational field around it, and the Earth responds to the field. No more “action at a distance.” 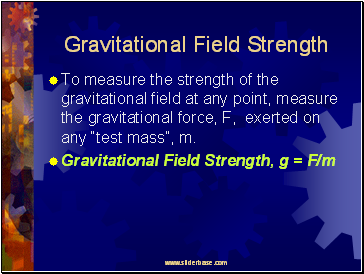 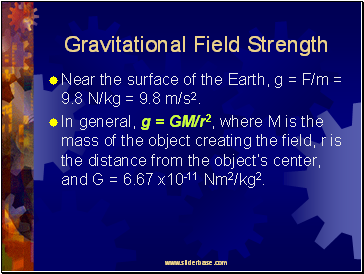 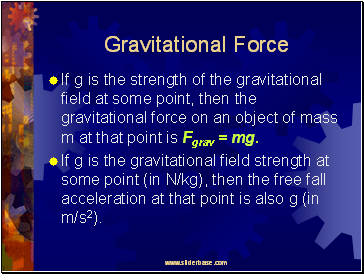