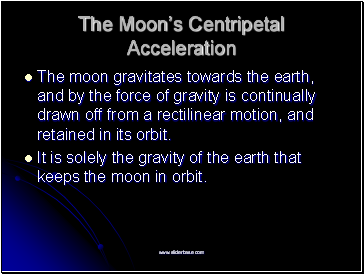 The moon gravitates towards the earth, and by the force of gravity is continually drawn off from a rectilinear motion, and retained in its orbit.

It is solely the gravity of the earth that keeps the moon in orbit. 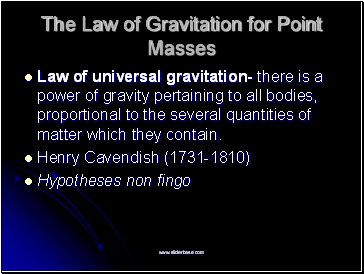 The Law of Gravitation for Point Masses

Law of universal gravitation- there is a power of gravity pertaining to all bodies, proportional to the several quantities of matter which they contain. 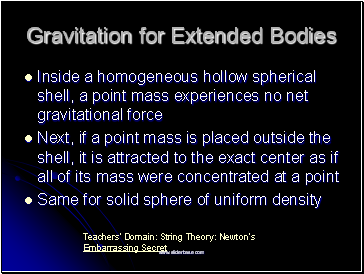 Next, if a point mass is placed outside the shell, it is attracted to the exact center as if all of its mass were concentrated at a point 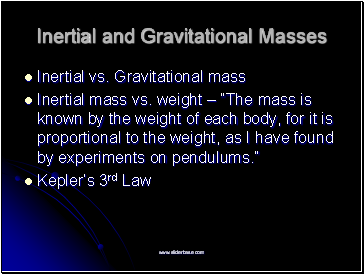 Inertial mass vs. weight – “The mass is known by the weight of each body, for it is proportional to the weight, as I have found by experiments on pendulums.” 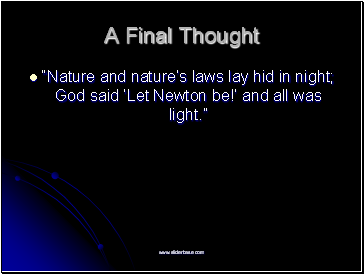 “Nature and nature’s laws lay hid in night; God said ‘Let Newton be!’ and all was light.”