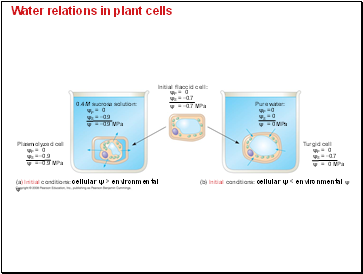 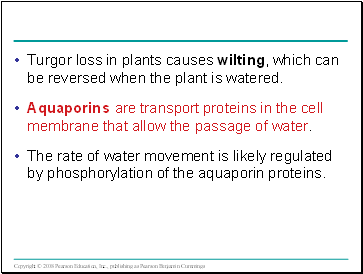 Turgor loss in plants causes wilting, which can be reversed when the plant is watered.

Aquaporins are transport proteins in the cell membrane that allow the passage of water.

The rate of water movement is likely regulated by phosphorylation of the aquaporin proteins. 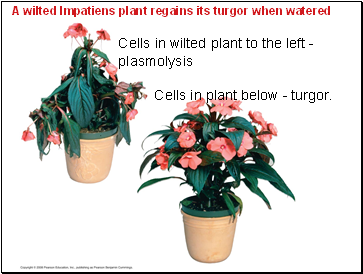 A wilted Impatiens plant regains its turgor when watered

Cells in wilted plant to the left - plasmolysis

Cells in plant below - turgor. 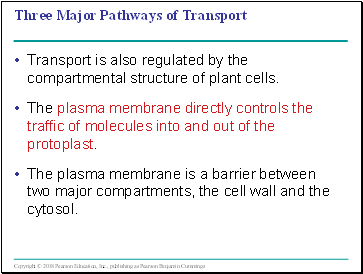 Transport is also regulated by the compartmental structure of plant cells.

The plasma membrane directly controls the traffic of molecules into and out of the protoplast.

The plasma membrane is a barrier between two major compartments, the cell wall and the cytosol. 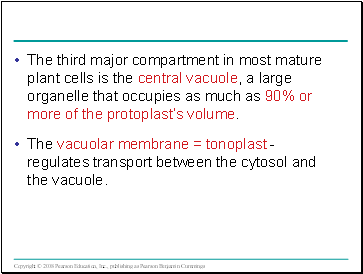 The third major compartment in most mature plant cells is the central vacuole, a large organelle that occupies as much as 90% or more of the protoplast’s volume.

The vacuolar membrane = tonoplast - regulates transport between the cytosol and the vacuole. 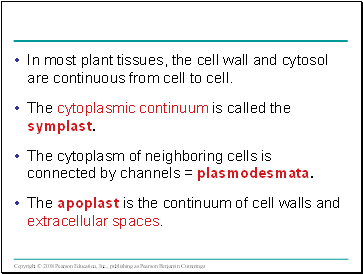 In most plant tissues, the cell wall and cytosol are continuous from cell to cell.

The cytoplasmic continuum is called the symplast.

The cytoplasm of neighboring cells is connected by channels = plasmodesmata.

The apoplast is the continuum of cell walls and extracellular spaces. 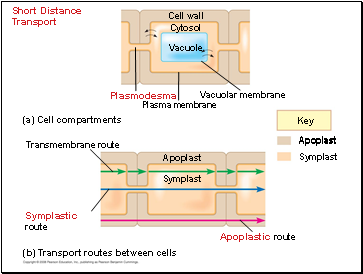 (b) Transport routes between cells