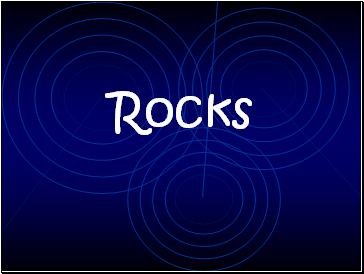 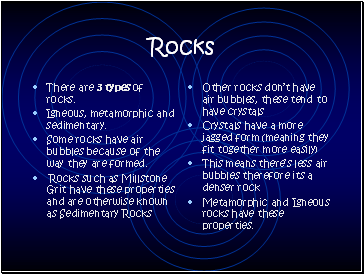 There are 3 types of rocks.

Some rocks have air bubbles because of the way they are formed.

Other rocks don’t have air bubbles, these tend to have crystals

Metamorphic and Igneous rocks have these properties. 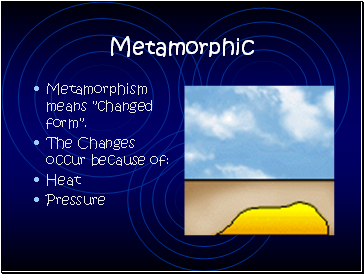 The Changes occur because of: 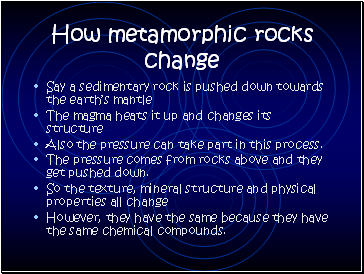 The magma heats it up and changes its structure

Also the pressure can take part in this process.

The pressure comes from rocks above and they get pushed down.

So the texture, mineral structure and physical properties all change 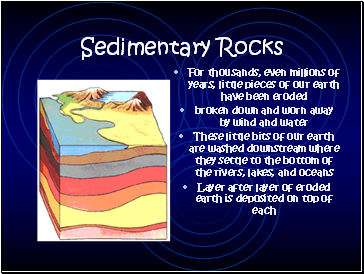 For thousands, even millions of years, little pieces of our earth have been eroded

broken down and worn away by wind and water

These little bits of our earth are washed downstream where they settle to the bottom of the rivers, lakes, and oceans 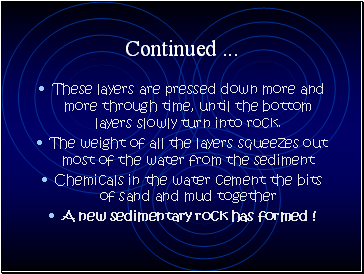 These layers are pressed down more and more through time, until the bottom layers slowly turn into rock.

A new sedimentary rock has formed ! 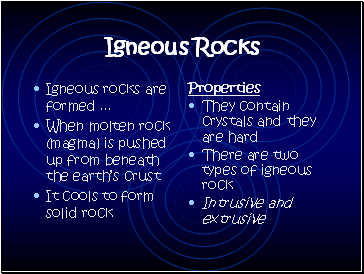 It cools to form solid rock

They contain crystals and they are hard

There are two types of igneous rock 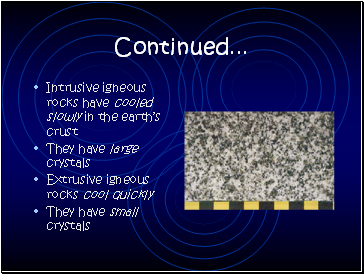 Intrusive igneous rocks have cooled slowly in the earth’s crust

They have large crystals