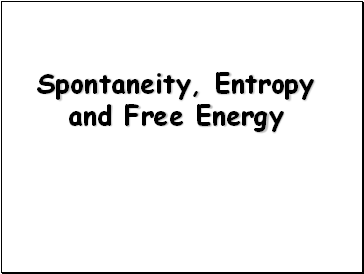 “Energy can neither be created nor destroyed"

The energy of the universe is constant

Processes that occur without outside intervention

Spontaneous processes may be fast or slow

Many forms of combustion are fast

Conversion of diamond to graphite is slow 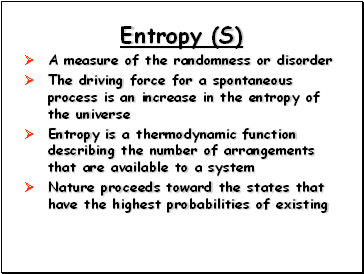 A measure of the randomness or disorder 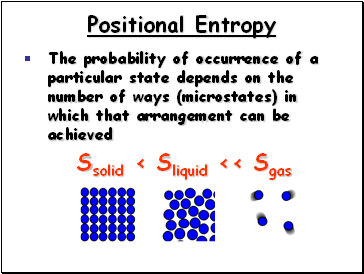 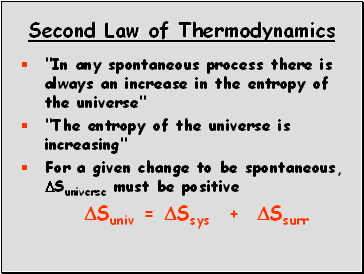 "The entropy of the universe is increasing"

For a given change to be spontaneous, Suniverse must be positive 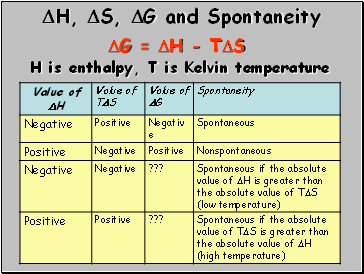 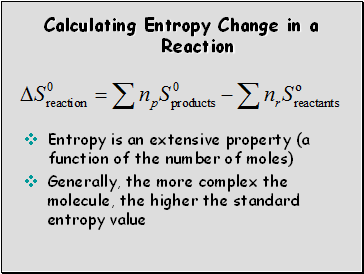 Calculating Entropy Change in a Reaction

Generally, the more complex the molecule, the higher the standard entropy value 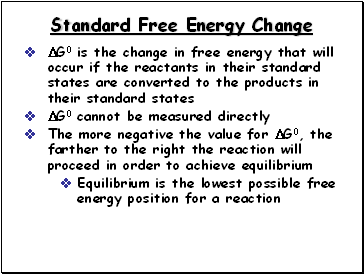 The more negative the value for G0, the farther to the right the reaction will proceed in order to achieve equilibrium

Equilibrium is the lowest possible free energy position for a reaction 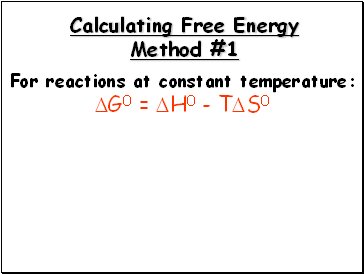 For reactions at constant temperature: