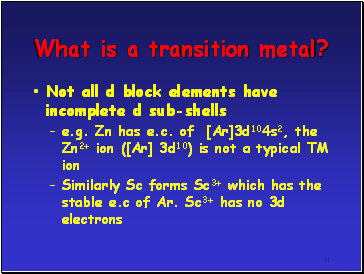 What is a transition metal?

Not all d block elements have incomplete d sub-shells

Similarly Sc forms Sc3+ which has the stable e.c of Ar. Sc3+ has no 3d electrons 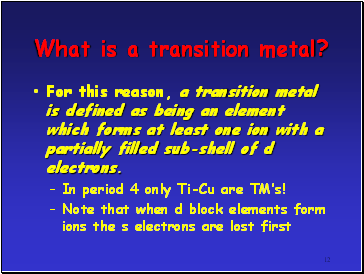 What is a transition metal?

For this reason, a transition metal is defined as being an element which forms at least one ion with a partially filled sub-shell of d electrons. 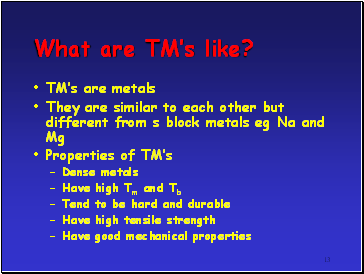 Have high Tm and Tb

Tend to be hard and durable 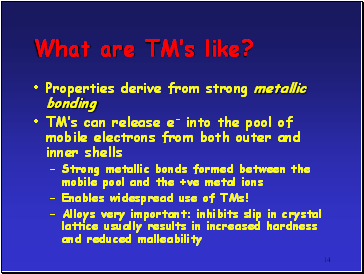 Enables widespread use of TMs! 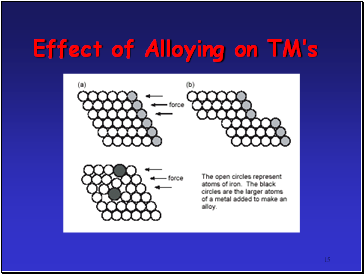 Effect of Alloying on TM’s 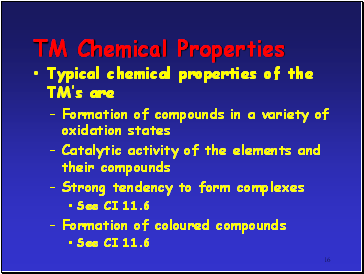 Typical chemical properties of the TM’s are

Formation of compounds in a variety of oxidation states

Catalytic activity of the elements and their compounds 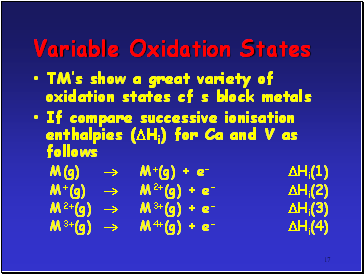 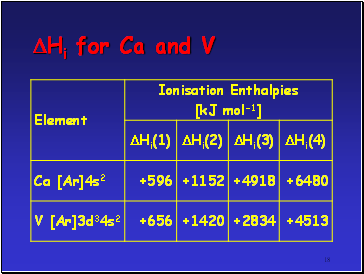 Hi for Ca and V 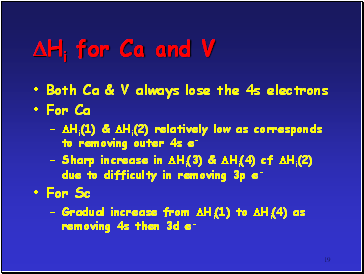