The Characteristics of the Greek Hero
Page
1 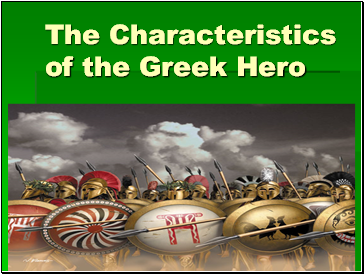 The Characteristics of the Greek Hero 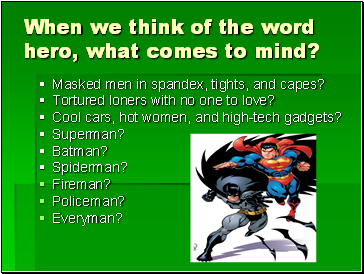 When we think of the word hero, what comes to mind?

Tortured loners with no one to love? 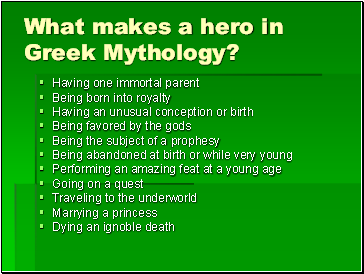 What makes a hero in Greek Mythology?

Having one immortal parent

Being born into royalty

Having an unusual conception or birth

Being favored by the gods

Being the subject of a prophesy

Being abandoned at birth or while very young

Going on a quest

Traveling to the underworld 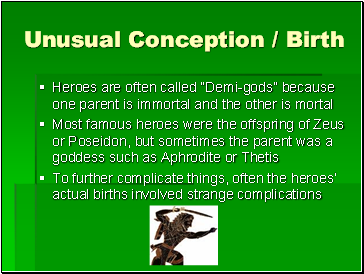 Most famous heroes were the offspring of Zeus or Poseidon, but sometimes the parent was a goddess such as Aphrodite or Thetis 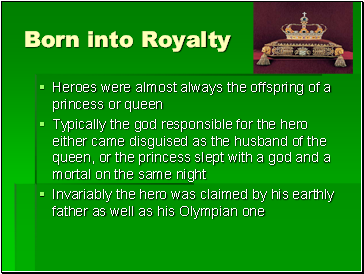 Heroes were almost always the offspring of a princess or queen

Typically the god responsible for the hero either came disguised as the husband of the queen, or the princess slept with a god and a mortal on the same night 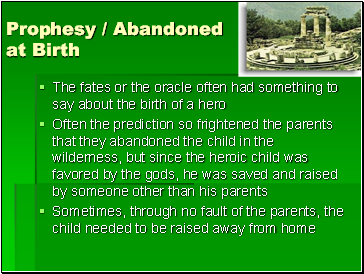 Often the prediction so frightened the parents that they abandoned the child in the wilderness, but since the heroic child was favored by the gods, he was saved and raised by someone other than his parents

Sometimes, through no fault of the parents, the child needed to be raised away from home 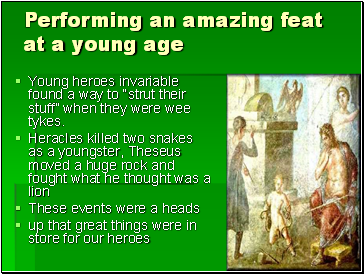 Young heroes invariable found a way to “strut their stuff” when they were wee tykes.

Heracles killed two snakes as a youngster, Theseus moved a huge rock and fought what he thought was a lion

These events were a heads

up that great things were in store for our heroes 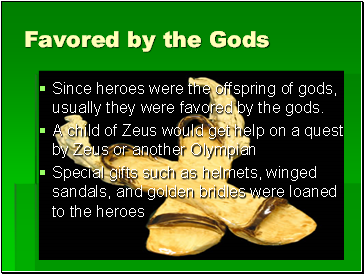 Favored by the Gods