The Characteristics of the Greek Hero
Page
2

Since heroes were the offspring of gods, usually they were favored by the gods.

Special gifts such as helmets, winged sandals, and golden bridles were loaned to the heroes 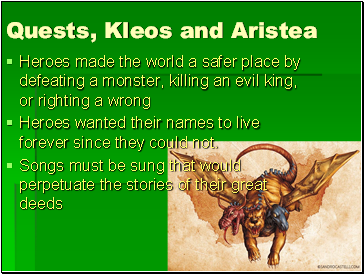 Heroes made the world a safer place by defeating a monster, killing an evil king, or righting a wrong

Heroes wanted their names to live forever since they could not. 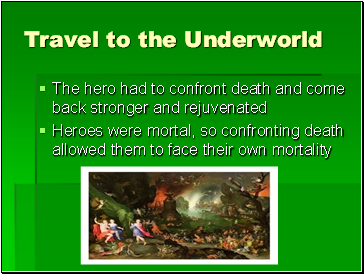 Travel to the Underworld

Heroes were mortal, so confronting death allowed them to face their own mortality 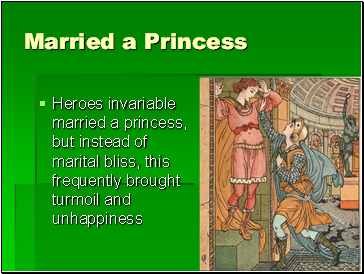 Heroes invariable married a princess, but instead of marital bliss, this frequently brought turmoil and unhappiness 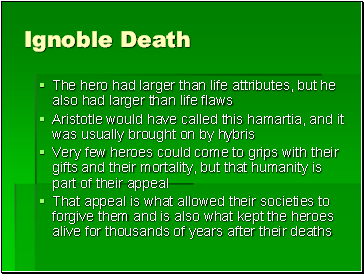 Aristotle would have called this hamartia, and it was usually brought on by hybris

Very few heroes could come to grips with their gifts and their mortality, but that humanity is part of their appeal