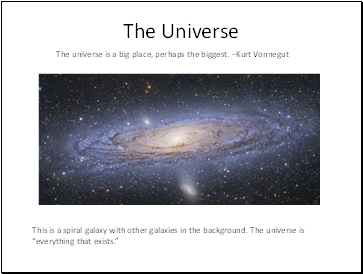 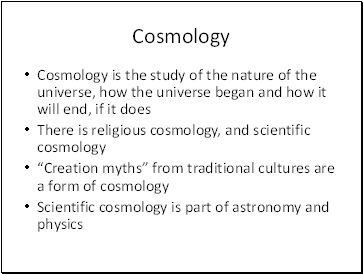 Cosmology is the study of the nature of the universe, how the universe began and how it will end, if it does

There is religious cosmology, and scientific cosmology

“Creation myths” from traditional cultures are a form of cosmology

Scientific cosmology is part of astronomy and physics 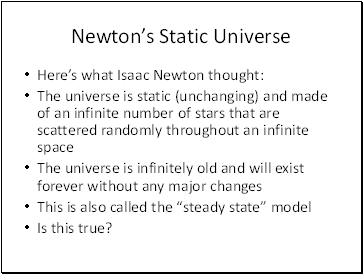 This is also called the “steady state” model 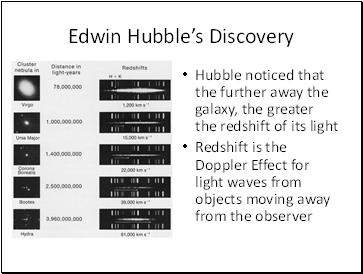 Hubble noticed that the further away the galaxy, the greater the redshift of its light 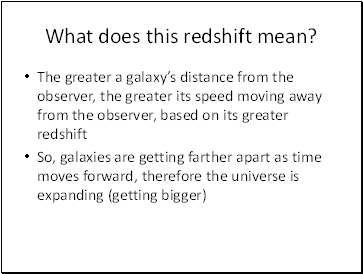 What does this redshift mean?

So, galaxies are getting farther apart as time moves forward, therefore the universe is expanding (getting bigger) 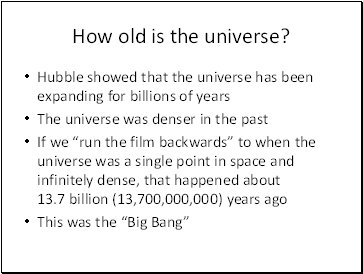 How old is the universe?

The universe was denser in the past

This was the “Big Bang” 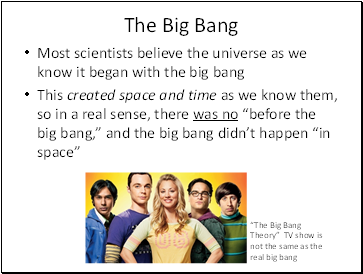 This created space and time as we know them, so in a real sense, there was no “before the big bang,” and the big bang didn’t happen “in space” 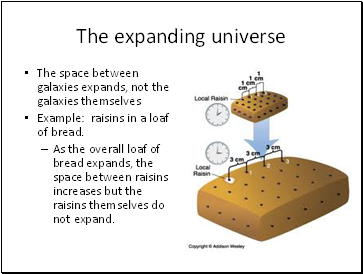 The space between galaxies expands, not the galaxies themselves

Example: raisins in a loaf of bread.

As the overall loaf of bread expands, the space between raisins increases but the raisins themselves do not expand. 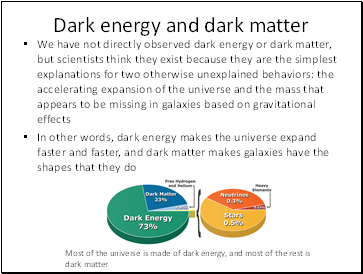