Christmas around the world
Page
1 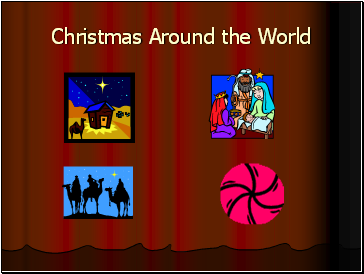 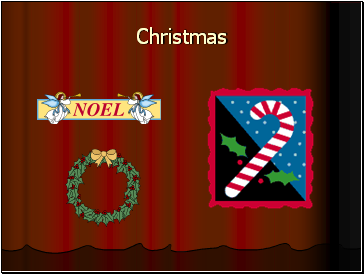 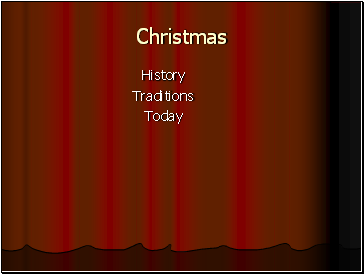 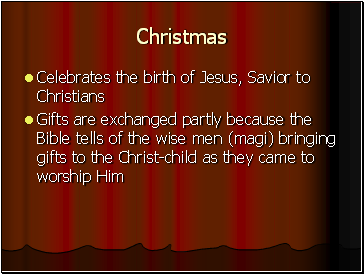 Celebrates the birth of Jesus, Savior to Christians 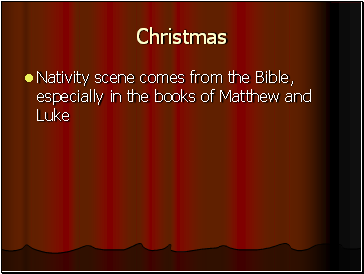 Nativity scene comes from the Bible, especially in the books of Matthew and Luke 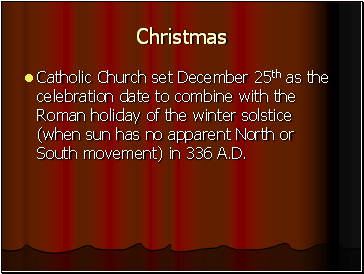 Catholic Church set December 25th as the celebration date to combine with the Roman holiday of the winter solstice (when sun has no apparent North or South movement) in 336 A.D. 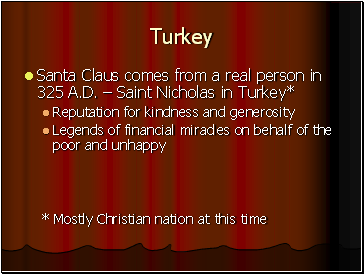 Santa Claus comes from a real person in 325 A.D. – Saint Nicholas in Turkey*

Reputation for kindness and generosity

Legends of financial miracles on behalf of the poor and unhappy

* Mostly Christian nation at this time 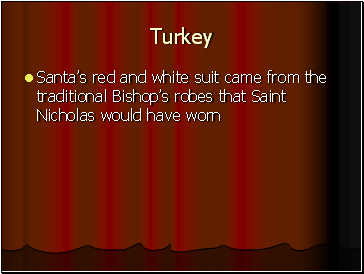 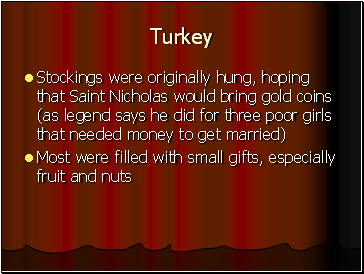 Stockings were originally hung, hoping that Saint Nicholas would bring gold coins (as legend says he did for three poor girls that needed money to get married)

Most were filled with small gifts, especially fruit and nuts 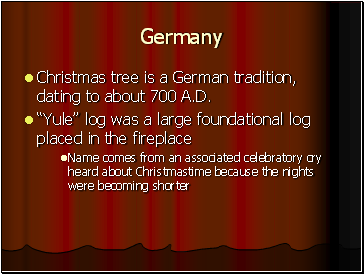 Christmas tree is a German tradition, dating to about 700 A.D. 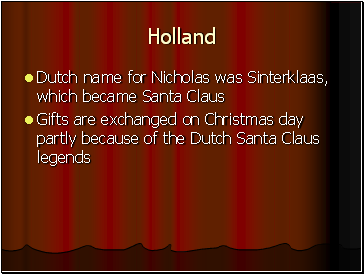 Dutch name for Nicholas was Sinterklaas, which became Santa Claus 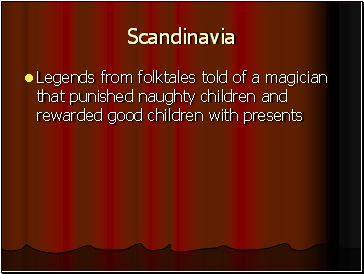