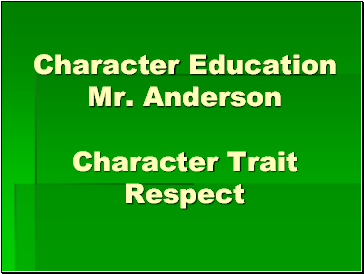 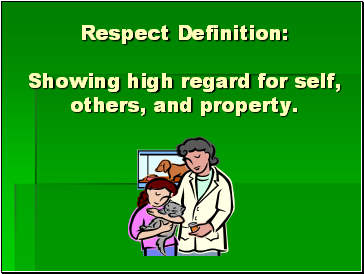 Showing high regard for self, others, and property. 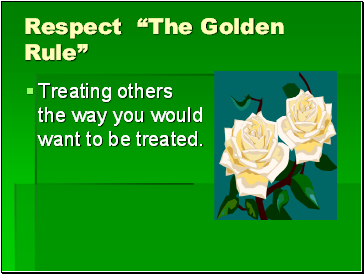 Treating others the way you would want to be treated. 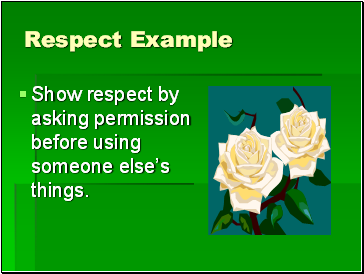 Show respect by asking permission before using someone else’s things. 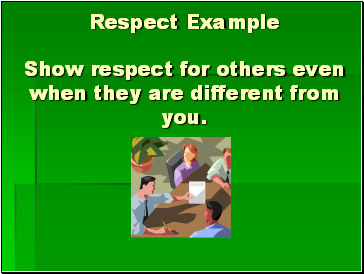 Respect Example Show respect for others even when they are different from you. 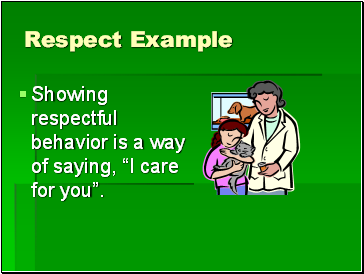 Showing respectful behavior is a way of saying, “I care for you”. 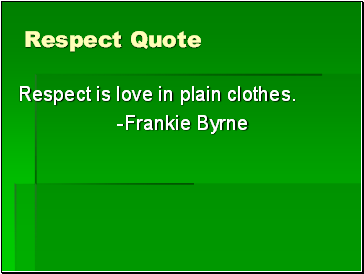 Respect is love in plain clothes. 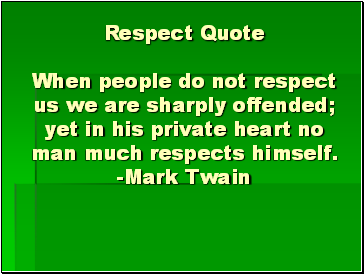 Respect Quote When people do not respect us we are sharply offended; yet in his private heart no man much respects himself. -Mark Twain 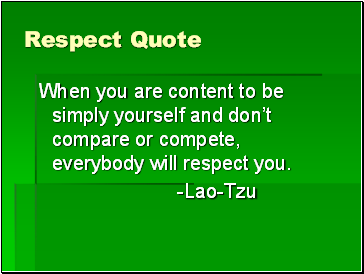 When you are content to be simply yourself and don’t compare or compete, everybody will respect you. 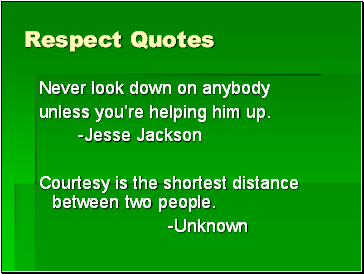 Never look down on anybody

unless you’re helping him up.

Courtesy is the shortest distance between two people. 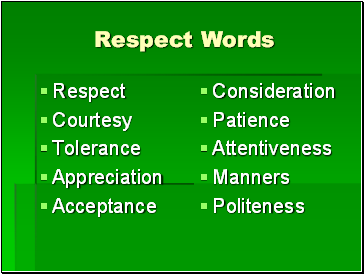 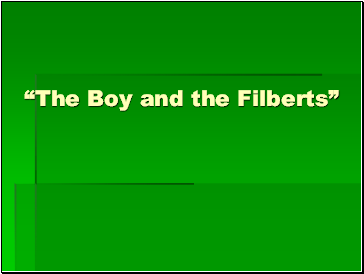 “The Boy and the Filberts” 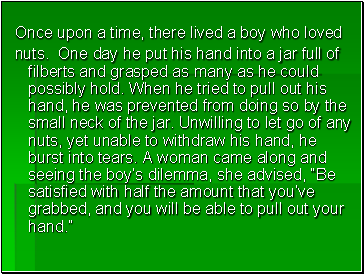 Once upon a time, there lived a boy who loved

nuts. One day he put his hand into a jar full of filberts and grasped as many as he could possibly hold. When he tried to pull out his hand, he was prevented from doing so by the small neck of the jar. Unwilling to let go of any nuts, yet unable to withdraw his hand, he burst into tears. A woman came along and seeing the boy’s dilemma, she advised, “Be satisfied with half the amount that you’ve grabbed, and you will be able to pull out your hand.”