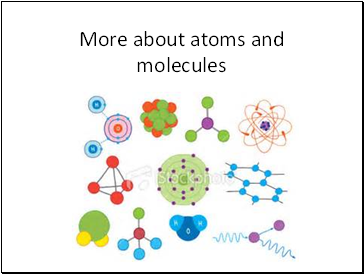 More about atoms and molecules 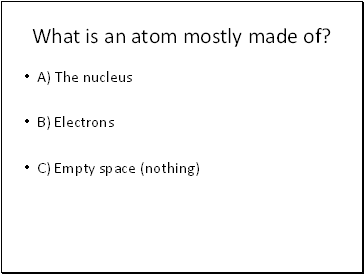 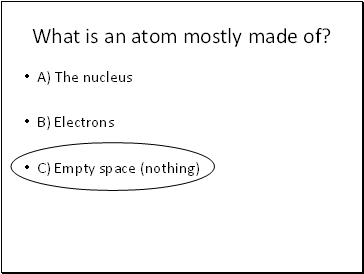 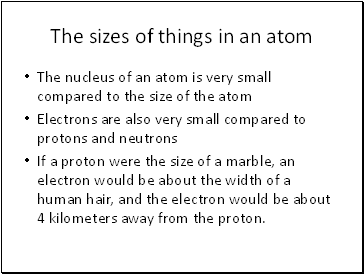 The sizes of things in an atom

Electrons are also very small compared to protons and neutrons 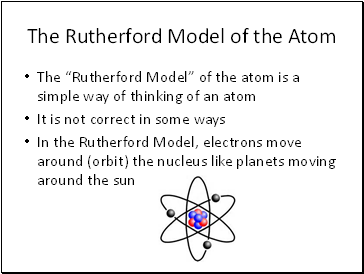 The Rutherford Model of the Atom

It is not correct in some ways

In the Rutherford Model, electrons move around (orbit) the nucleus like planets moving around the sun 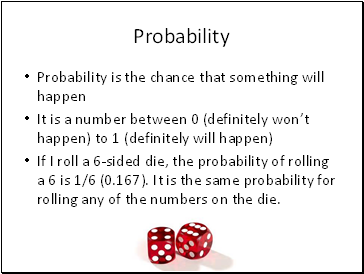 Probability is the chance that something will happen 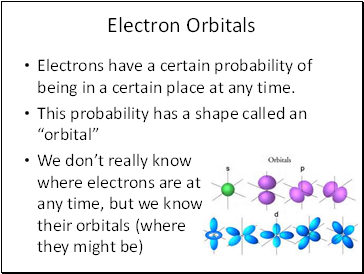 Electrons have a certain probability of being in a certain place at any time.

This probability has a shape called an “orbital”

We don’t really know where electrons are at any time, but we know their orbitals (where they might be) 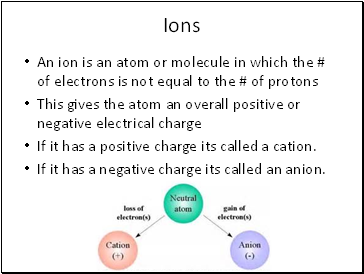 This gives the atom an overall positive or negative electrical charge

If it has a positive charge its called a cation.

If it has a negative charge its called an anion. 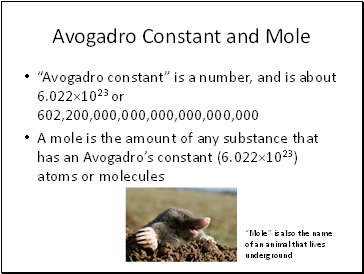 A mole is the amount of any substance that has an Avogadro’s constant (6.022×1023) atoms or molecules

“Mole” is also the name of an animal that lives underground 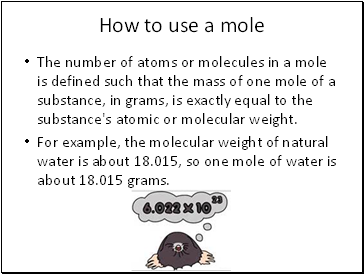 How to use a mole