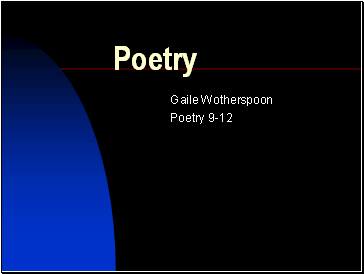 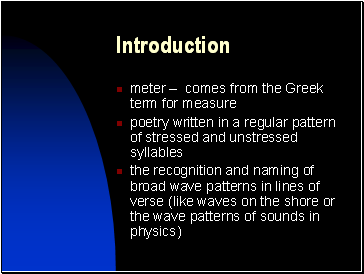 meter – comes from the Greek term for measure

poetry written in a regular pattern of stressed and unstressed syllables 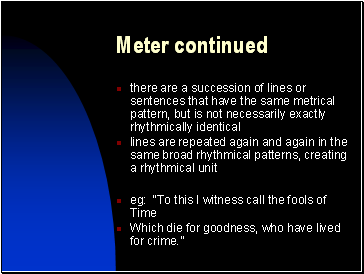 there are a succession of lines or sentences that have the same metrical pattern, but is not necessarily exactly rhythically identical

lines are repeated again and again in the same broad rhythical patterns, creating a rhythical unit

eg: “To this I witness call the fools of Time

Which die for goodness, who have lived for crime.” 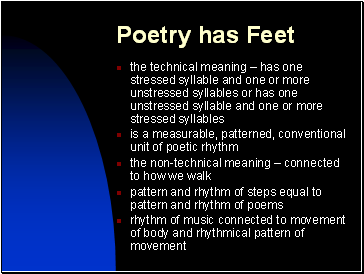 is a measurable, patterned, conventional unit of poetic rhyth

the non-technical meaning – connected to how we walk 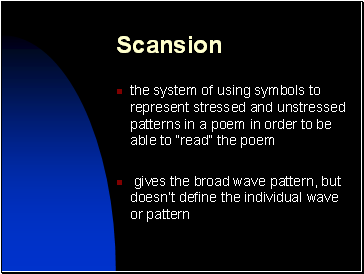 gives the broad wave pattern, but doesn’t define the individual wave or pattern 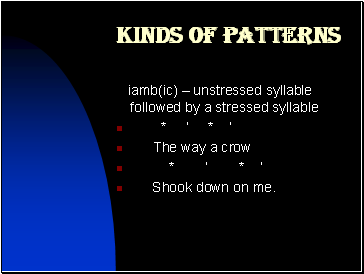 The way a crow

Shook down on me. 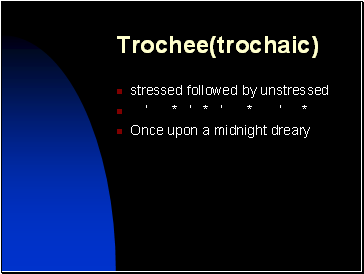 Once upon a midnight dreary 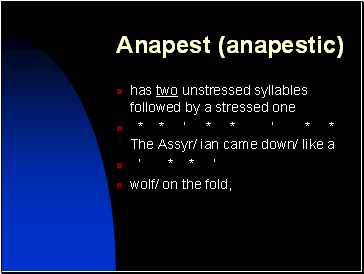 has two unstressed syllables followed by a stressed one

wolf/ on the fold, 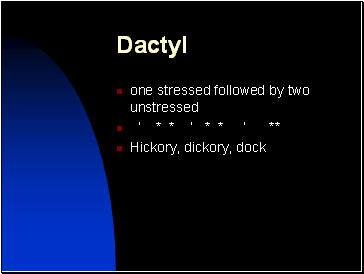 one stressed followed by two unstressed 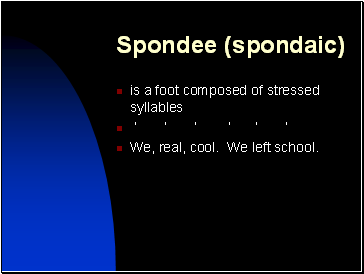